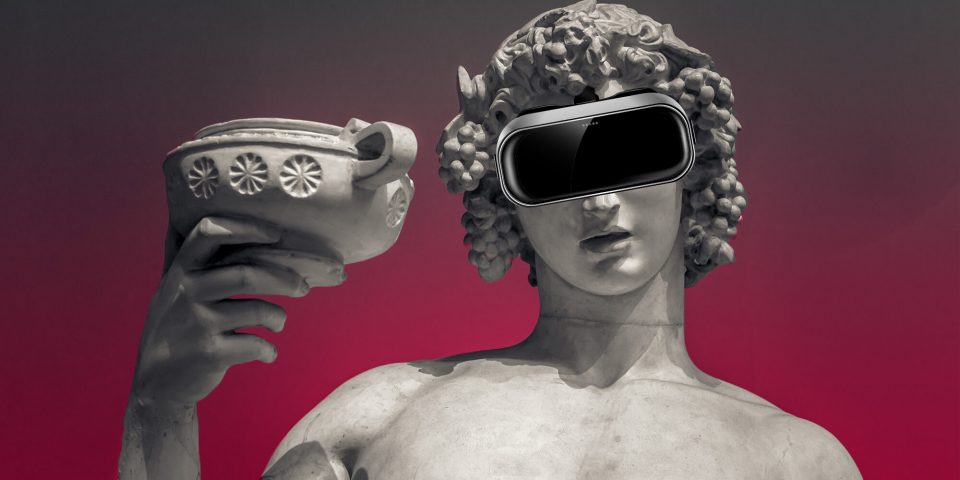 This should be fun – talking about a tragedy. Luckily for you, what I consider tragedy in the entrepreneurial sense is far removed from the Greek plays: no large and colorful robes (sadly), no violence and death offstage or use of messengers to relate information. Most importantly, there are no stories based on myths – just the bare and ugly truth of someone who’s been an entrepreneur for as long as he can remember and has gone through everything that entrepreneurship can throw at you.

In short, the entrepreneurial tragedy is a term I like to use to label a story that, at its very core, is tragic regardless of the level of success that an entrepreneur eventually accomplishes. If you grant me your attention for the next five to six minutes, I’ll explain what I mean.

The unfortunate part of being an entrepreneur

Years of experience ultimately made me realize a lot of things. I understood that every time I had an idea, whether it was amazing or mediocre, I started by being fully in control, alone and owning 100% of that idea or 100% of a company. That’s how it’s supposed to be, right? No matter how you define success, being an entrepreneur is about doing things your way, to do and have something that nobody can take away from you.

The thing is – and this is something only a few people understand – from that moment on, you start shrinking those 100% of yours and surrender your idea/company to someone else. You’re forced to think about whom to share it with, money, and all the things you need for your dream to become a reality. And all those things you need are the tragic because you start giving out bits and pieces of your idea in order to deliver your own dream.

At the end of the day, you find that 100% of your dream has actually become 10%. A lot of people don’t realize this because their mind is firmly set on the potential, on what might become. The idea is already envisioned in their head and there’s no budging from it.

I call this an entrepreneurial tragedy because entrepreneurs, especially those with limited experience don’t see there’s a clash of visions coming ahead. 100% of the time, what you imagine in your head isn’t the same as what other people have in mind. You are really the only one who understands your vision and the value it has, as you see it. When you let other people be a part of your idea, it doesn’t have the same price tag as to what you think it’s actually worth in your head. The pricing (so to speak) is never the same.

This isn’t to say the pricing isn’t potentially higher, nor does it mean that people won’t buy into your idea. The opposite is true,  it’s your job to get people on board and see what you see. BUT at the same time, it’s just a reality of life that there will ALWAYS be a gap between what you imagine and reality.

Hence, the storyline develops in a way where no one wins: neither side gets to do it exactly their way.

I can’t say with absolute certainty but I think there isn’t a single entrepreneur – not even one – in the history of the world that started with 100% of an idea or company and ended with 100% of its realization, from top to bottom. At least I don’t know of anyone who accomplished that – I’d love to meet him or her. What I do know is that if you put your ego aside and deliver, you have 100% of the success. The narrative will always be there, it’s how you tell it that matters.

As usual, I’ll provide an example from my experience and pinpoint where it all went wrong for me.

If I remember correctly, it was around the spring of 2011 (feels like it’s been much longer) that my spidey senses started tingling, but in a good way. I got the urge to do a project focusing on the effect of AI on buyer journeys. Looking back, I had one big problem: I was trying to maximize yields because I didn’t want to give away some of my “percentage” (ownership). I wanted it to be mine, all mine, like Daffy Duck trying to get the upper hand in a cave full of treasure:

Naturally, such a way of reasoning had a negative effect. Instead of loosening up a bit in terms of ownership, I gave more money away which led to me taking bigger risks. The fact that I had a shit team, to begin with, didn’t help my cause but then again, it was me who chose those people. I was “cheap” in that sense and more often than not, nothing costs you more than being cheap. I lost money.

My failure was my ego. I wanted to maximize the potential so that the people (my mom, dad, friends, anyone in order to satisfy my misguided sense of pride) would say that I made it, that I wasn’t a sucker for bowing down to pressure, adversity, or whatever.

It’s a curious thing because they all say virtually the same thing: keep your percentage of the company, don’t give away anything, take full control and be everything. But that’s impossible. Entrepreneurship doesn’t work that way for a myriad of reasons. You’re deluding yourself if you think it’s realistic.

You can’t be everything

This would be a good moment to emphasize the ever-important role of a good team in all entrepreneurial endeavors. I have plenty to say on that subject and I most definitely will (in a sort of sequel to this post) because this story has a successful angle to it and the topics of ego and team are closely interlinked. I’ll be following up on this post very soon.

For now, I’ll just say that for any possibility to become an actuality, there’s a finite amount of time where we can trust ourselves and only ourselves. You can’t be everything all the time. Just like in any team sport, there have to be clearly outlined positions. Without them and team chemistry, there’s zero chance that you will succeed. You can quote me on that.

Epilogue (see what I did there?)

There’s something inherently tragic about the inevitable realization that any idea you have will change form and there will always be a gap between what you envision and what you end up with. During the journey, you’ll lose a lot, you’ll own less. But here’s the exciting part – you’ll be gaining more than you’ve lost, and you’ll be growing and creating a new entity that has a life of its own. And you know what, when you lean into that, accept it and embrace it, THAT’s when the real magic happens.