If you can’t deliver, don’t commit 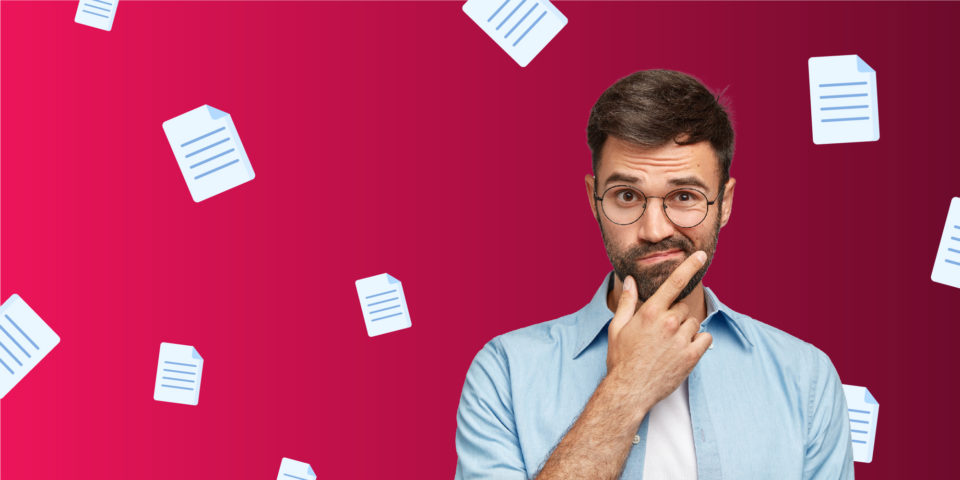 When you lead and manage people, arguably the scariest thing that can happen is when they decide for you what’s important or not.

More often than not, it starts from something benign, like making sure someone gets an orange juice at a meeting. It’s a banal thing that can easily be discarded as forgetful but … In the majority of cases, it actually means that whoever was responsible for it decided that it wasn’t important.

From there on, you have to micromanage to make sure that sort of thing never happens.

Then, you become annoying.

From there on, you have fertile grounds for distrust, the feeling of incompetence among employees, and generally bad vibes.

It’s a vicious cycle that can quickly destroy anything good you achieve up to that point.

The key question here is:

how does it start?

For better or worse, it starts at the top thanks to a leader’s actions – or lack of – and consequences.

Accountability is a tool to keep you focused on the endgame

It might help to look at accountability as a direct method for accelerating a startup’s initial growth.

As a leader, you’re there to be accountable and inspire.

For many entrepreneurs making the transition from running solo, it can be a difficult shift. When you’re all by yourself, there’s no one to be responsible for. It’s super easy to convince yourself that the decision you made was right, regardless of if it really was.

Having people you’re responsible for changes all that.

The beautiful thing about it is that some people will take the bait, so to speak, and be with you for the journey. For me, that is one of the biggest motivations in the business.

It’s also one of the bigger dangers in running a business because entrepreneurs often take it for granted or lack the skills needed to scale up.

Anyone who has started a company will tell you how overwhelming the experience is. There is always something to preoccupy your mind so you can be busy ahead for the next few months.

In reality, creating a culture of following up with commitments is really a necessity that keeps an entrepreneur and their team focused on the end goal. When established on every level, it can share the amount of responsibility, thus creating more autonomy that often leads to a smoother path to success.

Another huge advantage is risk management. When you have a team you can trust to deliver, it’s easier to deal with day-to-day challenges, which also makes for a less demanding way to manage risks. You don’t have to be everything for everybody.

So what would be my big advice to instill accountability in a startup?

It’s at the very essence of a startup to dream big but start small.

If you want to lead, lead by doing. When your team members recognize it, that will generate a lot more impact on them than plain words ever will.

When you lead by delivering on what you say, every word is valued a lot higher as they have merit and evidence with which you can support them. It shapes your team and their focus on delivering over and over.

So, racking up those day-to-day delivered commitments is a fairly easy way to get accountability rolling on all levels because they make for mutual loyalty. That way, you’ll be gradually building momentum for a team that will be loyal and accountable to one another.

As a leader, never forget that there are people who look up to you. If you don’t lead by being accountable and reliable, it’s a downward spiral from there.

Negativity is like a big virus – it catches on.

So, a leader must reduce daily hassles, and small mundane examples here and there are amazing for the task.

I find that people stay on track by keeping others on track.

But to do so, they need a certain context within which they can make decisions – which is where outlining goals comes into play.

Get into detail as much as you can and communicate continuously so there’s clarity. When everyone understands what their responsibilities are, it becomes easier to hold them accountable.

However, this doesn’t end with just assigning work. Leaders should always instill in their team the importance of these responsibilities but also the consequences of not meeting them.

If you’re constantly measuring things and are held accountable, you will do better work, and, more often than not, you won’t need to give anyone a hard time.

Taking ownership and providing the necessary context to accomplish objectives together is healthy and leads to a happier, more accountable team than a mere assignment ever would.

People want to work in a team where they feel included and part of the project. It’s something in our nature we can’t escape, and that’s a good thing.

Being honest and open about the various things your company does only strengthens the commitment you made to your customers from the get-go.

Be transparent about your goals, aspirations, incentives, interests, and mutual relationships. Be transparent about the moves you plan to make, even if the situation is not so great, especially if your C-suite is on the other side of the line. It’s the cornerstone of every sustainable and determined company culture and leadership.

Also – realize it’s ok to say ‘no’ or ‘I can’t’ or even apologize at the last minute for f-ing up the thing.

You’ll be expected to make mistakes, and you’ll build the best connections by admitting them.

As a group, we entrepreneurs are embarrassed to admit we’re vulnerable. We see it as a weakness, which we effectively try to hide or eliminate as soon as possible.

I’m a highly competitive person so back in the day, I didn’t allow myself to show any weakness. I now realize that was superficial for several reasons, and it probably slowed down my growth both as an entrepreneur and a person.

I leave you with this:

if accountability is implemented immediately, it will be much easier to maintain it down the road – especially in times when our interactions are less physical and more virtual.

Always keep in mind that you are the role model of accountability. It starts and ends with you, so you have to hold yourself accountable before you can expect it from someone else.