Exit strategies for venture capital funds - a peek behind the scenes 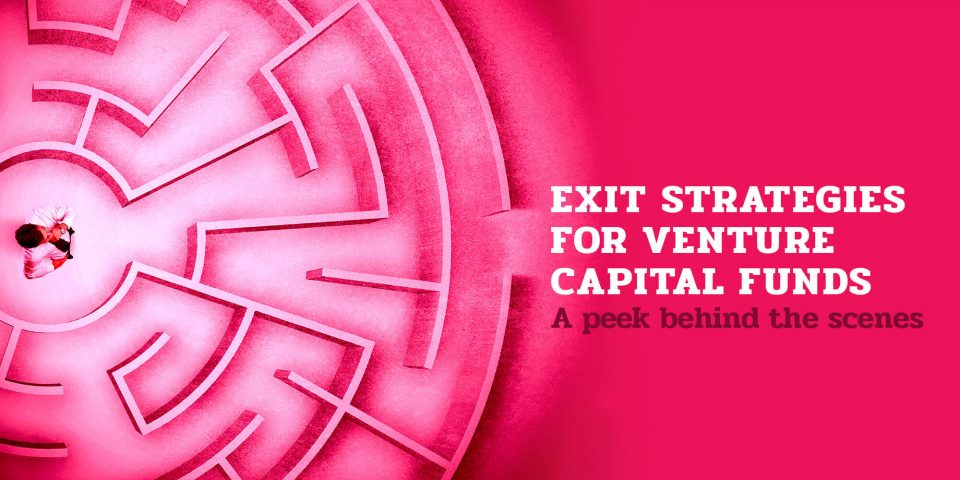 If you’re looking to be a VC-backed business (and chances are, you are), an exit strategy will be a must-have point in your business plan. Why, you’re asking? After all, they are rooting and supporting the business, right?

Right, but they also like to see a return on their investment. What’s more, they need to make it a big one too in order to sustain their business model, so one could even say that’s the main thing they really care about.

Every venture capital investor has to be able to see a feasible way toward an exit and a return on their capital from the company they’re considering. Hence, exit strategies for venture capital funds are super important because a venture capitalist will forge a relationship with you and your startup expecting a certain ROI down the line, which will materialize when the startup “exits” the initial investment.

This is supposed to happen in a few years, depending on the development stage of your company. Simply because VCs insist on it, you want to be on the same page from the start for it to happen.

What an exit really means

I deliberately wrote “exits” because there’s a bit of a misunderstanding about what an exit actually is. Contrary to some beliefs, it’s not about startup founders but money. The former stay put while the VC gets its money back – the exit is their contingency plan that gives them a return.

So, there is no ultimatum that you have to exit the company as well. In some cases, founders stay along for the ride (even though they’re not owners anymore), either of their own volition or stipulated by an exit agreement to maintain consistency and value for a certain period. Other times, they move on to different projects.

Exit strategies take on different forms If you like to plan ahead (but also if you don’t – you should), here are your typical exit options:

An exit plan may also be executed when a venture has met its profit objective.

When is the best time to exit venture capital financing?

That is the million-dollar question.

I’d love to be able to give you a definitive answer but I can’t say one option is better or worse than the other or when is the best time to exit as that depends on your circumstances.

I can say this, though: in time, there will likely be other venture capital exit opportunities that might be more favorable than the one initially agreed upon. Don’t take it as something that’s firmly set in stone. The exit you and your investors choose will be based upon a slew of ongoing market and economy trends, as well as how well your business performs. Be prepared to step away from the agreement you made early on and adjust.

The exit plan will also depend (albeit on a smaller scale) on your desired role in the company’s future. For instance, if you opt for a strategic acquisition, it will relieve you of all responsibilities and control in the founding company.

Every venture is a different story and there is no specific exit formula to go by. It sure would make things easier, wouldn’t it? What is certain, though, is that all VCs will look for an exit at some point, whether it’s sooner or later.

I don’t think there is a venture capitalist out there that isn’t willing to risk it all by default, all in the hopes of having a stake in the formation of a new Facebook, Twitter, or Alibaba. Behind the scenes look at the everyday routine of a venture capitalist is far from glamorous but it’s one you definitely need to understand in order to not only secure funding but go all the way.

Effective exit strategies for venture capital funds should be equally planned for both positive and negative scenarios, irrelevant of the type of investment or business venture. VCs are primarily looking to contribute to their own profitability and exits are crucial to the growth of the VC industry. That alone should be telling of the importance of a well-thought-out strategy. This is the big league and continued success means having a clear goal from the start.