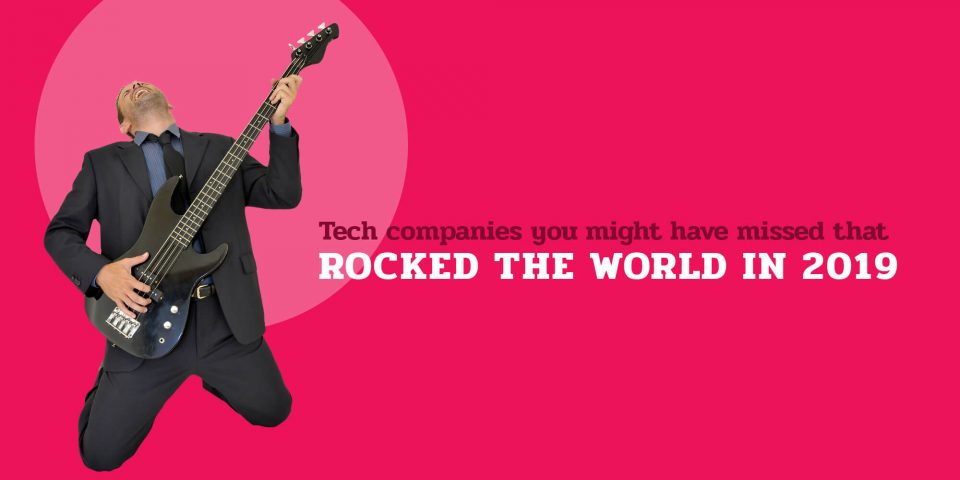 No industry can match the volume of innovation and excitement of the tech industry. There is so much going on, often at a mind-boggling pace that it makes it hard to keep up with every cool new development.

And there were plenty of those in 2019, from back seat gaming to smart beds and mattresses to vending machine vegetables and literally anything in between – you name it, technology has made it. It’s perfectly understandable some product or service gets lost and unnoticed amidst all the craziness, so I’m here to make sure that doesn’t happen. Here are five tech companies that either cashed in on big trends or disrupted industries in a major way.

As a medium, audio was huge in 2019. More people than ever consumed content through their eardrums and Audioburst was there to amplify its reach.

Powered by AI, this audio content search and discovery platform indexes millions of audio segments on a daily basis from a variety of content sources such as podcasts and talk radio. It then turns them into various products: searchable audio libraries, customized playlists, and personalized audio feeds users can listen to directly within an existing app or website.

The company secured an additional $10 million in funding from Dentsu and Hyundai Motor Company to further connect listeners to their massive library of audio content, while its CEO Amir Hirsh was named as one of Voicebot.ai’s Top 11 Visionaries in Voice for 2019 alongside luminaries like Jeff Bezos, Sundar Pichai, Jack Ma, and others.

Audioburst continues to work with companies such as Hyundai, LG, Samsung, and Harmon to develop next-gen listening experiences. Along with peers like Trinity Audio who are on the other side of the audio revolution spectrum, this is the go-to company for adding audio in your content strategy.

As hospitals and other medical facilities remain on the fringe of many government plans, they are increasingly turning to technology to increase efficiency and enhance patient care. A year and a half old, BIOHOUSE can be characterized as a Medtech incubator, giving a new spin to the concept of co-working space.

Basically, the company is operating a network of spaces designed specifically for the unique needs of medical startups, particularly Biomed entrepreneurs. Core and supporting facilities, along with the necessary expertise and connections are all available to members. The company just recently opened its second site – BIOHOUSE Labs, a fully equipped lab that will act as a physical and professional host to digital health, medical device, and biopharma startups at all stages on their route to finding technological cures for global healthcare issues.

R&D spending is constantly growing so as a stakeholder community, BIOHOUSE is proving that better and faster adoption of the evolving medical technologies doesn’t have to be reserved solely for the world’s largest medical companies.

If there’s one thing the online world will never seem to have enough, it’s security on a business level. Enhanced security via cloud is the new thing on the market, and if there’s one name you should know, it’s Cato Networks.

The company offers cloud-based and secure global SD-WAN (software-defined wide-area networking, a novel way to manage and optimize WANs) for the distributed, mobile and cloud-enabled enterprise. If you’re a casual observer, that may not sound like a big deal to you because everything is in the cloud these days, right?

What Cato Networks has on its hands is a world-first SASE (Secure Access Service Edge) platform that provides an integrated networking and security platform securely connecting three key aspects of the ecosystem: people, data, and locations. Having a single platform with all the necessary and new security and acceleration capabilities removes third-party involvement traditionally present across multiple touchpoints.

All of this makes Cato Networks unique, so much so that Gartner included it in its Hype Cycle for Enterprise Networking 2019. In fact, the very beginning of 2019 saw the company land a $55 million investment round, bringing the total capital raised to $125 million. What’s more, all the signs point to an even better 2020.

We’ve covered Cerebro before, and for good reason: the company is doing some amazing things that can be downright labeled revolutionary.

Whenever such a strong word is used, things tend to be blown out of proportions a bit but not with Cerebro. The company’s platform is a true game-changer in the world of Digital-Out-Of-Home advertising or DOOH. It leverages cutting-edge facial detection technology and high-end sensors to gather real-time data, and then match the right ad to the audience in front of the billboard/advertising space, based on its demographic characteristics.

Data analyzed includes age, gender, specific facial features like mustaches and beards, and even accessories like glasses. Oh, and it does the same thing with vehicles (both static and moving ones) based on their type, vertical, maker, model, year, and color.

Cerebro had a successful major campaign with Replay in Milan this year, while also gracing the screens in Spain, France, and Poland. There’s plenty more where that came from as the company is relieving a major pain point for advertisers all the while automating a traditionally inefficient process. Talk about adapting to changing market trends.

Last but not least, there’s PlayWorks. What’s so great about it? Only that it’s the leader in OTT (over-the-top) gaming content, with the largest amount of gaming and content channels on popular OTT platforms.

The company is a pioneer when it comes to post-app-store mobile games, especially on high-growth channels such as social networks and messaging apps. It’s safe to say guys and gals behind PlayWorks were among the first to uncover and leverage new ways of engagement with players in the OTT and interactive TV space. Through partnerships with Facebook, Comcast, Roku, and others, along with a huge catalog of live games, PlayWorks came out at the very top of the OTT gaming network worldwide in 2019.

The company closed an initial £2m funding round in June while also managing to partner up with M51, where we are helping PlayWorks connect real-time engagement and television through CTV (connected TV) technologies. Great things are in store for both PlayWorks and M51 – fun times!