Entrepreneurial lessons I learned from my father 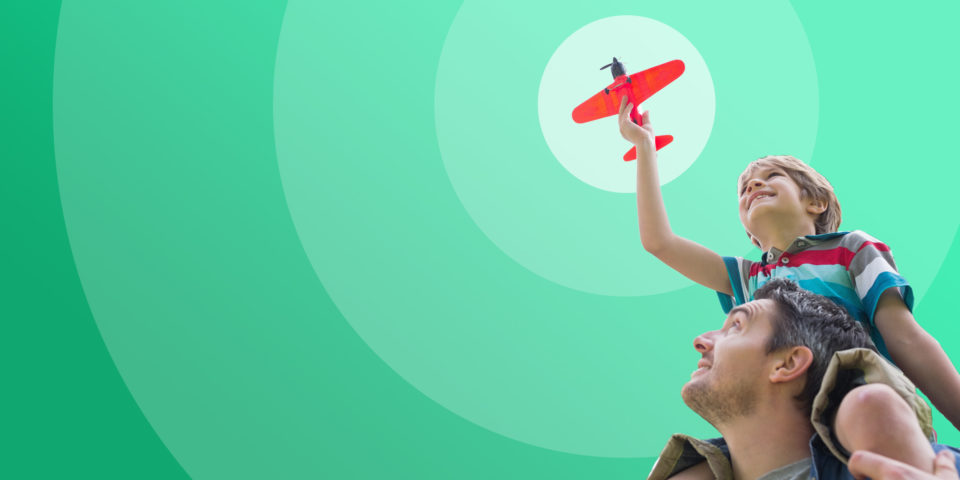 My father Ehud is a pivotal figure in my life because he shaped me (literally and figuratively) into the entrepreneur and person I am today.

The funny part is, he isn’t an entrepreneur.

I mention this because the majority of every piece of advice is born out of experience, so listening to “outsiders” arguably can be perceived as problematic that way.

What my father has, though, is an entrepreneurial mind. As an academic specializing in global business strategy and technological innovation (among other things), he has that mental wiring that makes the most out of knowledge and thought processes.

If I really looked back and deep down inside, I could probably churn out a dozen good lessons he taught me. However, there are four that really stand out due to their general effectiveness and personal impact:

1. An entrepreneur needs to think creatively, and wide

As a kid, I was a troublesome one. The educational system failed me (and I failed it) because it forced me into a mold I could never fit in. My father was the only teacher in my life that tried to make things relevant for me.

By making them relevant in various ways (as you’ll see below), he taught me to think in a different direction whenever possible. When you do business, it’s vital not to make the same mistakes by constantly following the same patterns and habits.

As corny as it sounds, successful people really do think outside the box. That is what creativity is all about – being able to solve modern problems by giving new twists to old solutions, especially in the highly competitive world of entrepreneurship.

A great entrepreneur is a jack of all trades, someone who possesses more than a basic understanding of everything related to the success of a business. They can operate on a macro level because they can see the entire picture and not just a fragment of it, and thus be more agile.

My dad is a professor of industrial engineering, business, entrepreneurship, and business administration. It’s a lot of different titles for one man but that’s what helps creative thinking, I feel.

He used to take me to pray when I was a teen. I wasn’t very interested because I didn’t know Hebrew at the time (I moved to Israel in 1996) so I didn’t understand what the hell (poor choice of words) was going on.

What surprised me was that Ehud wasn’t into it either and that he also didn’t quite understand what the deal was. It’s a huge part of being a Jewish person, a cultural experience that often encourages psychological growth. There’s something about worship that attracts people, and it made him mad though because he wanted to understand the idea behind it more than he wanted to pray.

I fully inherited this trait of his: being bothered by something you know you could leverage in some way but can’t figure out how.

You should do things because you want to be exposed to different kinds of dynamics in order to be a great leader and a better entrepreneur. Hence, the width.

Having no fear of complex ideas is a powerful thing because it allows you to grow as an entrepreneur. You get to untangle various processes and engage your entire sensory system to maximize results.

What’s interesting about this is that Ehud didn’t teach me this when I was just starting out but after I had a few ventures under my belt.

His ability to dumb down things really easily meant he could simplify any concept, like cash flow, for instance. He used an example of a company that made the 1.44 MB floppy disks (this was way back in the day), the first ones in colors. The army came in and purchased everything for $10 million.

As an owner, you think it’s the best thing to happen to you, but it actually isn’t. You have no money moving in your business as only one customer is buying. So that’s the demystification of cash flow: understanding how something great in theory still means you get the money 90 days afterward, which can have devastating consequences in practice.

Today, I swear by brutal simplicity and find it a real skill in people. I also tend to use metaphors a lot due to their high efficiency in getting a message across. They help demystify things in a way our brains naturally understand by making comparisons between two things, connected or not.

3. Multitasking mentally and physically as a secret sauce for success

Back when we used to jog together, one initially annoying thing he’d do is ask me math questions. This started when I was seven or eight years old and it felt like the biggest punishment in the world because kids generally don’t like math, myself included.

To this day, this is a really big KPI for me. It just makes sense: if you know how to do math while running, that means your mind is in sync with your body and you have that edge. You can multitask, which is typically one of the hardest things to do, and more importantly, be good at it.

I used to try probing myself with simple equations when I was drunk or sick. It’s not the same. You really feel the difference because you’re not in the flow. This also taught me the importance of self-care as an entrepreneur, both from a physical and mental standpoint.

Probably the biggest lesson of all was learning the danger of being impulsive.

My dad is an amazing person because he doesn’t shout. Sure, he gets mad but he almost never loses it completely. I heard him raise his voice once, maybe twice in all my life.

One time, I made a mess at school. So, he came up to me, cigarette in one hand, looked me in the eyes and said: “I’m very disappointed” and walked away.

The reason why is because my dad is a great listener. Yes, he talks a lot (all the professors do) but he’s also a very good listener, meaning he absorbs information. When he says something, he’s not beating around the bush: it’s clear and straight to the point.

So, when he said he was disappointed whilst I was expecting a shouting concert, it hurt more than if he went ballistic. It felt like he meant it, and not in the angry kind of way.

That’s how he taught me how and why not to react impulsively. You formulate a plan and start working on it. It’s a very important and entrepreneurial thing to do because if you act impulsively, what you’re really doing is showing your cards. When dealing with competition, if you show ego, that’s a weakness you’re showing – one they’ll expose all too gladly.

If you want to shout, do so once or twice in your lifetime to make it mean something. However, if you say three words instead of a hundred, you can’t possibly distort the message. You just leave it out there and let the other party think about it.

The effect is far more powerful and effective that way.

Whenever people tell Ehud that he is smart, he always replies:

We can learn extraordinary things if we are open to learning. The same happened to him. He was eager to learn, and in doing so, affected my journey for the better.

I will forever be indebted to him because he is THE reason I am so passionate about entrepreneurship, even some 20+ years since I first ventured into this territory. He is also the hardest working person I know, which I can only assume is where I got my healthy levels of persistence.

You can find something extraordinary that can change you in most people and places, whether it’s a different view of things, unique experience, skill, and so on. I am lucky to have had someone who taught me valuable lessons even when he wasn’t trying to. That’s another testament to my father, and another lesson I’m happy to have learned.