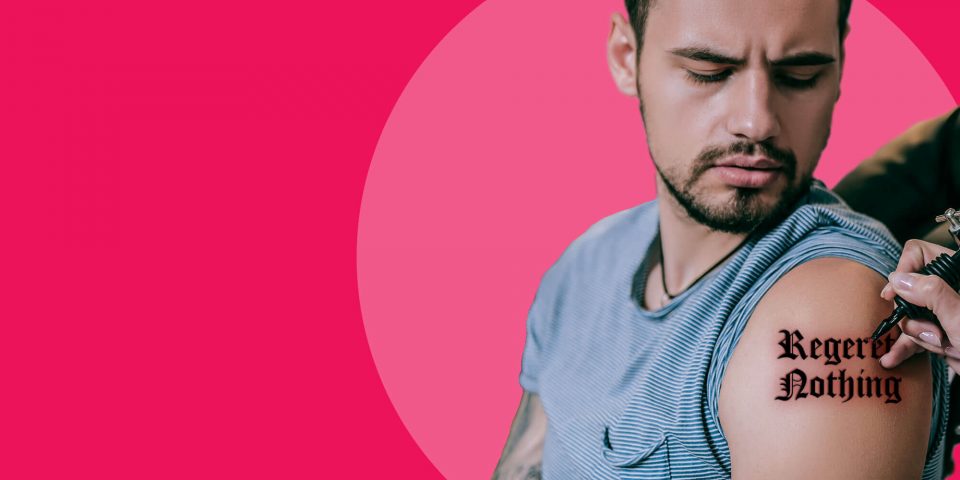 I’m the kind of guy that relies heavily on the personal understanding of people when it comes to taking care of business, whether I’m looking for a partner to work with or an entrepreneur to invest in. I make it a mission to uncover all the bad traits besides the good stuff, and one I’m always dreading to find is impulsivity.

A lot of traits make for a shitty business person but being impulsive is close to taking the cake for one simple reason:

it means decisions are driven by moods.

Doing business can’t be nice and calm and lovely all the time – things go sideways, circumstances change. The issue with impulsive people in such scenarios is that you’re trying to be super careful and filter out what you’re saying a lot of the time because you’re scared the (re)action will happen too quickly.

You never know what to expect

On a good day, they can put all their intention and energy into something really stupid, something they haven’t thought through. The next day, there is a different project in the pipeline with no course whatsoever on how it may play out in the end. If a company goal is met, I find it’s usually by accident or mainly due to the hard work of others.

A really bad scenario is when impulsive people have a bad day, which they’re absolutely allowed to have – we all are. However, they’re particularly sensitive and you can’t talk to them in order to provide some guidance and focus because suddenly, they’re looking for a different job or they want to sell the company. In other words – it’s drama on a soap opera level.

The worst part? You know it’s drama in the making but it still takes all the energy out of you in the next couple of days. Impulsive people suck so much not because of what they do but because of the amount of energy you need to have to handle them.

Why do I say the word suck?

Someone who doesn’t have enough patience to think things through and simulate processes beforehand is someone who can hurt you down the road. No matter how good a job they do, there will come a day where they won’t prioritize their activities or have a real sense of the company’s needs or expectations and it’s going to bite you in the ass.

The bigger problem occurs when you continue working with someone impulsive – you’re always going to be paranoid if he or she got up on the wrong side of the bed that day. An impulse is a reaction, a reflex we can’t control and it can “activate” from even from the smallest, meaningless thing you can’t predict.

It can also blow up to huge proportions, like not being cool when a client says ‘no’ to an idea. An impulsive individual will react emotionally without really thinking about what it means within the big picture. They can offend the client ”(because they didn’t like the feedback they got), and in two weeks’ time, you find out that client left you for another supplier which could have easily been avoided with a little finesse. Such behavior can not only lead to destabilization in the workplace but also destabilize the business itself.

Lack of focus and sense of necessity

On the entrepreneurial spectrum of characteristics, optimism is one of the best because it says so much about an entrepreneur. The resilience to succeed is what often tips the balance in an entrepreneur’s favor as it empowers them to be more creative, decisive, and determined.

On the other side of the spectrum, I find impulsivity to be one of the worst traits. You’re working with someone who is essentially volatile. You have no idea what’s going to happen tomorrow, what the reaction is going to be. It depends on an endless amount of things and there’s nothing you can do to plan for it. For someone who practices the art and science of rationality (I’d like to think I’m that person), such MO is a nightmare. In certain environments, it can even be contagious.

I realize not all impulsive behaviors are inherently bad. Generally speaking, there are two types of impulsive people. There are those who understand each action has a reaction and a resulting consequence. They understand they are impulsive and know how to manage that. I find those are few and far between.

Then, there is the type that just has the action-reaction part nailed down. Those individuals are very dangerous because they don’t understand those same actions and reactions have consequences and specific (often predictable) outcomes. Their tendency to act solely on their own accord, when they deem the situation seems suitable is frightening.

I’ll admit that being impulsive could be highly beneficial if you’re doing a project and need a quick turnaround. You can leverage that sprinter-like capacity but an impulsive person can’t be a marathonist. Entrepreneurship is a lifetime-long journey where you run at your own pace and businesses are built for the long run.

Ultimately, it’s not worth the risk

You can try to be prepared, patient, understanding, and even be creative when figuring out an action plan to minimize rash and impulsive decision-making but at the end of the day, you can only have so much energy to do all those things. I’ve had my share of bad experiences where simple boredom or lack of patience resulted in far-reaching decisions (in one case, even the commitment of sizeable funds) based on no strategy and with highly uncertain outcomes.

It was bad enough to make me want to generalize and put most of the impulsive people under one roof. Entrepreneurial decisions are mostly based and evaluated on rationality and good outcomes. Can those decisions always be rational? Of course not – we’re an unpredictable bunch that routinely exhibits flexible thinking and creative problem-solving yet also fails sometimes. But I’d rather have all of it happen within a familiar context and cognitive processes – there’s enough risk-taking as it is without the uncertainty of impulsivity adding to it.