A pitch deck that makes a difference: what top investors are saying 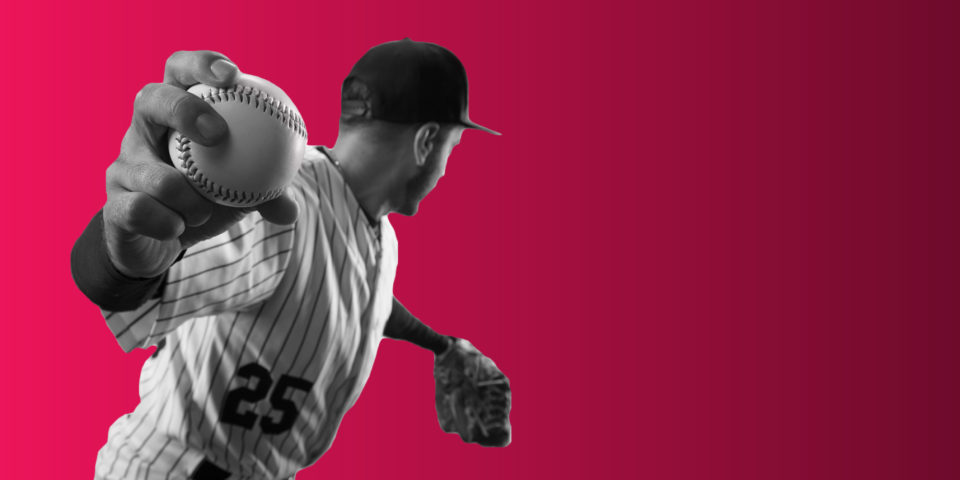 A few months ago, I asked fellow entrepreneurs for one piece of advice they’d give to their 18-year-old selves or entrepreneurs who are just starting their journey.

What they said perfectly showed the complexity of entrepreneurship: it’s hard, brutal, and there are more layers to it than meets the eye and mind.

Then I started thinking about the very beginning of that journey and the one thing that every entrepreneur needs dozens of times: a pitch deck.

There is no shortage of ways you can approach it, with varying degrees of success. But who knows better about what works in a pitch deck than the people who actually put their money on the line – investors?

So, I decided to ask them.

Here’s what they said about increasing your chances of getting funded.

Michael Eisenberg, Co-Founder and Equal Partner at Aleph, with over $550M under management and a portfolio including the likes of Lemonade, Melio, and HoneyBook; focused on Internet and software-enabled-services investments since 1995; invested in and sat on the board of Israel’s leading companies and startups such as Shopping.com, WeWork, Wix, Answers.com, and many others:

“It’s simple. You need to answer one question as best as you can: What do you know that nobody else does? If you can show that, you’re on the right path to raising some money.”

Inbar Haham, Co-Founder and Managing Partner at INcapital Ventures, and an advisory board member in a number of startups and organization; has over 15 years of experience in technology and finance and is considered one of the “ten most influential Israelis in NYC”; Inbar is also referred to as the “Bridge builder for Israeli start-ups and the US market”, with an extensive global network of entrepreneurs, investors, industry players, OEMs and tech companies:

“I’m looking for a clear differentiation that positions the company above competitors and a team that can effectively execute the vision of the company. Deep technology is not enough, at INcapital we’re looking for a combination of IP and execution.”

“When I look at a deck, the first thing I jump to is the team slide.

I’m trying to understand if the team is well-rounded and with a solid track record (former companies, education, former titles, etc). Obviously, a previous success story is the most enticing part. Apart from that, I look at the product idea, market potential, and level of competition. The more crowded the market, the less appealing it is to me.

Finally, any initial validation via a successful pilot or any other form of traction is a good starting point. This part is less important in most cases for me as I’m an early-stage investor, but it’s still valuable to point out.”

Amos Talmor, serial entrepreneur and investor in a number of startups, including Kenshoo, KorAnga, PlaceBI, Storwize, and so on; previously investor at Moneta Seed and Cyrus Angel Fund, amongst others:

“There are a few criteria that an investor looks at in a new startup.

“The most important part of the pitch for me is the feeling I get from the entrepreneurs.

That’s the thing for me. Would I back this team to have the vision, drive, grit, skills, and openness they need for the journey.

“A good pitch would present a very organized and detailed plan, outstanding execution, and a fast-moving team.

I’m looking for entrepreneurs who are smart, passionate about the problem they are solving, have specific domain expertise, and know the details and the numbers inside out.

It is also very important to know how to tell a story. A good story will indicate that the founder has prepared and practiced the pitch time and again before meeting with investors.”

Gur Shomron, a serial entrepreneur and angel investor with more than 35 years of experience in building and financing high-tech companies; currently an active Chairman in BigaBid, Mirato, ViewersLogic; previous investments include companies such as Retalix and Optisystems:

“The first thing I look for is extraordinary entrepreneurs.

If a person already has a notable achievement or got an exceptional prize, even in another field like sport, they have my attention.

Then I look at “something different”, whether it’s a product or a completely new direction (not just an improvement of something that already exists), another way of innovation in the tech field. It has to have that “wow” effect.

Answering “Why now? ” is also very important as it provides insight into what makes this solution possible that wasn’t present before.

There are many other observations and considerations but these are key factors for my investment.”

Nimrod Kimchi, Co-Founder of Curious Minds Israel, an incubator and accelerator that nurtures companies from startups into full-fledged businesses; investor in Reelocoaster and an active Director in a few Israeli tech companies:

“The first thing I do is make sure the team is composed of people with relevant experience.

In the pitch deck, I like to see that everything I care about as an investor: vision, technological depth, market size, competitors, their positioning (when applicable) – is detailed.

If the entrepreneur/startup in question can convey an ability to pitch well, chances are they’ll be good at selling their vision to potential customers – a big plus for me.”

Ran Regev, an experienced executive, angel investor, and mentor with 14 portfolio investments and more than 100M in capital raising; currently Founder & Managing Partner at Fusion Partners and mentor, advisor, and partner at numerous companies, including Tipalti, MassChallenge, and Leap Gaming:

“There are two most important things for me, and it’s not a cliché that the team is the first one.

These need to be people that I can personally connect to in terms of persona, approach, character, ability to listen and get constructive feedback, and with no ego.

Investments I make, in general, are all about someone I can trust, someone that gives me that comfort OVERTIME, someone I believe can have a beginning, a middle, and an end. It doesn’t have to be an experienced team but it needs to have an appetite, hunger for success, passion about what they do, and the familiarity of the landscape they operate in. Furthermore, I believe it should be a company with at least 2-3 partners that complement each other.

Secondly – design partners, arguably the most important thing in startups. 42% of all startups fail due to the “no need” factor. They don’t understand the need or the problem enough, which is why working with design partners is something I look for.

These are not the people that say “I know what needs to be done” but more the ones that ask others “what do you think we should develop for you and how do you see it”. In other words, people that can listen and absorb feedback.

At the end of the day, it’s mostly all about the resilience of the team, their agility and ability to move forward and get up when they fall down. The “we can take no for an answer” and “we can’t allow this to fail” attitudes are super important for me. The rest comes second in priority.”

Adi Levanon, the Israel-based investor at Flint Capital who has been actively involved in global startup and venture capital ecosystems for over a decade now and with a lot of experience in early stage investments that include Alloy, Migo, MoneyLion, TradeBlock, WorldCover, and others; also an Angel investor in a number of Israeli startups:

“What I look for isn’t in the pitch itself per se, but more of a combination of things I can recognize amongst the founding team, the problem in the market they are looking to solve, and what the path to scale and success looks like (aka G2M strategy).

The best founders I’ve met had a combination of clear conviction in their views, a broad understanding of the market, competition, what hasn’t been working and how they are fixing it, and were also very charismatic and humble. They had no problem pointing out what they did know and what they would do to fill the gaps.

What raises the chances for an investment is signs of all the above, together with a vision of how this startup could become a billion dollar company. The market must be big enough with a G2M strategy that will set the startup up for success.

It’s never black or white, but this is more or less what I look for.”

“One thing that’s important for me in a pitch is the story.

I need the story to be memorable, to keep me thinking long after the first time I see it – much like a good pilot episode of a show where you just can’t wait to see how things turn out. For me, this is the point where I decide that I must get involved.”

“There are three most important parts of any pitch: cohesiveness between the team, a surplus of confirmatory data, and delivery of the narrative.

Without all three, you are your greatest competitor.”

My advice: humanize your pitch through self-awareness and be humble and clear

For entrepreneurs, being self-aware often means being confident and open about their emotions, and their effect on others. Self-aware entrepreneurs have a holistic understanding of their strengths and weaknesses, which is something I immensely appreciate in a pitch deck.

I love the pitches that have a healthy dose of humor, usually the self-deprecating variety. That’s a sure-fire way to spot a self-aware entrepreneur who is not afraid or embarrassed to show their failures or shortcomings. Such people are far more approachable and sensible, I find, because they understand where and when they need help.

This ultimately makes for a great leader and team member, and equally important – earns trust within the team. Laughing at yourself has to have a limit – you shouldn’t downplay your achievements and overly focus on your shortcomings, or make light of any serious situation or failure. Instead, make a conscious effort to humanize yourself by exposing some imperfections in a lighthearted way. That always works with me.

I also love the pitches that rely on brutal simplicity. I lose interest in a pitch that doesn’t explain in layman’s terms what the tech/service/product is about, especially if it’s something inherently complex, like NFTs, for instance.

Finally, don’t overhype the disruption you are about to have on the targeted market. If possible, talk about problems more than advantages. Contrast any big claim you make with a touch of humility – that’s a great way to connect with your potential investor on an emotional level.

For too many startups out there, lack of funding is a genuine death sentence. The odds are not in your favor and in many ways, your pitch deck can be that ‘make it or break it’ factor.

I’ve been through the ordeal and had my fair share of rejections.

In my days as an investor now, I realize how portraying yourself as an attractive investment opportunity is hard.

It’s also very doable, in no small part thanks to the advice provided above.

There is no guarantee that you’ll get funded if you adhere to these tips as every investor is different from the next one. How their minds work at that moment is a mystery. All you can do is stick with the feedback given and rest assured you covered everything that’s in your power to make the best impression. The rest is up to the investor.