3 tips (learned the hard way) for a successful meeting 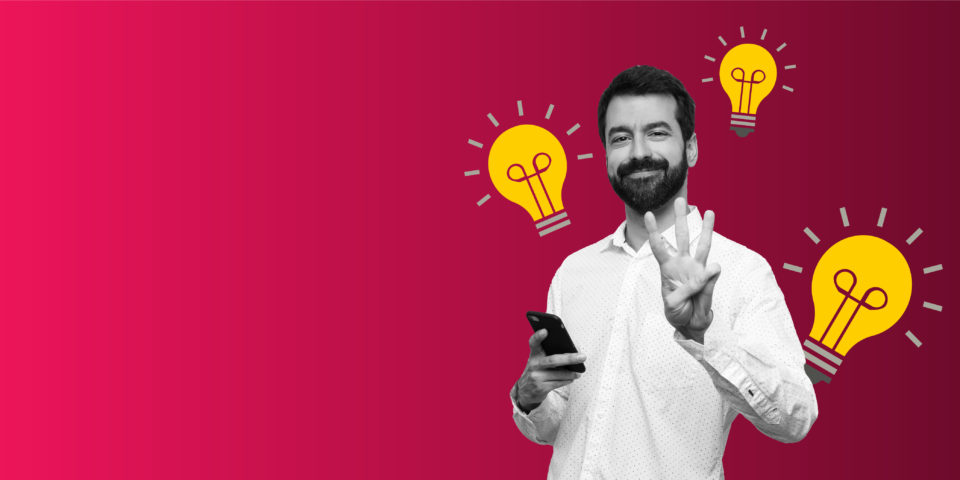 When I started my entrepreneurial career, my first rule was saying ‘yes’ to every meeting in the world without knowing the outcome.

At the very least, it wasn’t an efficient use of my time and effort.

Meetings are a necessary evil sometimes but I was still stunned to find that upper management spends 50% of their time in meetings.

Now that I know better through simple trial and error, I learned the fallacy of my ways and can share with you my go-to moves. The big lesson was that a successful meeting follows every success-related principle:

to effectively measure success, you need to set clear goals.

When I imprinted that in my memory, I also discovered there are three repetitive elements that appear in every successful meeting.

1. Envision what will be a successful outcome for you

Every meeting has to have an outcome.

Even if it’s only a friend or colleague inviting you for a coffee, you want it to be a lovely meeting where you can reminisce, bond, talk shop, and so on. Maybe you’re looking for motivation, someone to share your day with. Maybe you want to be there for them or get something out of them like resolving a dispute between two employees.

It may sound trivial to say it but a lot of meetings start with no sense of purpose and wander off course. There has to be a clear end result so you know what you’re supposed to be accomplishing.

The idea is to think about what will make the meeting successful for you and create the circumstances you need. It doesn’t have to be something tangible. You can strive to come off as likable, supportive, or just use the opportunity to express yourself.

It just has to be something that will make you focus on pushing toward the hoped-for result.

2. Be prepared and flexible

As an entrepreneur and leader, being prepared means you immediately start from a position of strength.

For starters, you need to make sure you know exactly why and what you’re convening for.

Unproductive meetings are a plague of sorts, so much so that I’ve read that executives consider 67% of meetings to be a complete failure in communicating the sole purpose of conducting them.

Think about that for a second. One in every three meetings is productive.

That’s why being prepared is important. While not every meeting may be necessary, any meeting you have will be effective only if its goals and purpose are clear.

However, preparation goes far beyond knowing the agenda of the meeting. It includes going through that agenda beforehand, doing research in advance, or coming up with an idea or two.

All of this is done to have your thoughts together ahead of the proceedings. This, in turn, will help build up your confidence. An added bonus is that if you make sure everything is clear before a meeting starts, everyone else will fall in line easier.

Meetings are variable and often don’t go as planned so it’s critical to remain flexible.

On some occasions, you’ll need extra time for some topics and less time for others. There may be unexpected and unplanned situations.

Sometimes, timing won’t be great but that’s something you can’t control all the time. I might be in a meeting about finances and get frustrated, so if an employee wants to share something on their mind – that would be a really bad time for me to talk.

It’s important to note that you can’t solve every potential scenario right away, and as such, should not feel or project the unwarranted stress associated with failing or attempting to do so.

By being prepared, you show off your strategic thinking. By being flexible, you display your quick thinking. Both are major attributes of great leaders (and any team member).

Whatever the meeting is about and whoever it’s with, give your counterpart/s your full attention, and truly absorb and analyze what they are saying. Otherwise, you’ll put them on the defensive.

Too many times, there’s far more talk and not enough listening. People who express themselves usually think it’s a really good meeting because they get to throw out their ideas, put in their two cents, show off their knowledge, or whatever.

When you put effort into listening, you’re showing that you understand the vibe of the conversation and that you’re allowing it to shape your perspective.

Don’t be afraid to let your opinion be informed by what others have said. If they might interfere with your listening, momentarily park your own ideas and build on the ideas of others.

Another benefit of listening is that you can assess the research you did beforehand and put your peer’s words in context. Use what you know to interpret what they’re trying to tell you, and ask questions if you need more details.

These can be to verify what has been said such as “did I get that right?”. Better yet, interpret what’s been said by asking what does it mean, what is the most important aspect, what’s different compared to previous or other suggestions, how it will be measured, and so on.

You need to understand your audience while being strategic. The key is to ask meaningful questions that will motivate people to open up and think broader.

I think we can all agree that meetings aren’t going away, ever.

But when planned right, meetings can be a way to grow.

Naturally, be aware that not every meeting will go as planned. Stuff happens and if it does, always remember to relax, and be flexible and creative in how you proceed.