Why optimism is a key characteristic of a successful entrepreneur 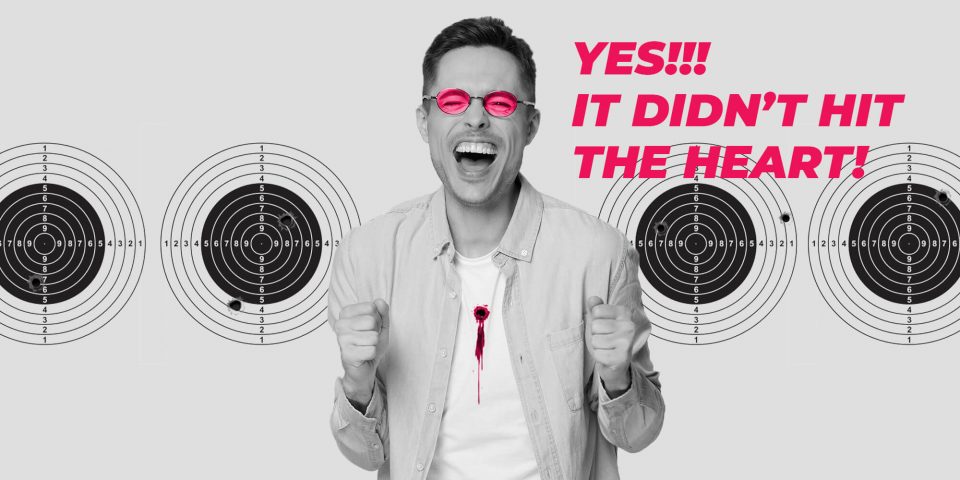 In one of my previous posts about entrepreneurs, I mentioned co-hosting the Real Life Superpowers podcast. It’s a wonderful opportunity to delve into the mindsets of some of today’s top performers and take a look at their inner machinations. Being an entrepreneur myself, I find these talks really important and inspiring because there’s always something to be learned. And what I continually learn is just how vital optimism is.

Don’t get me wrong – there’s no one definite characteristic that defines a successful entrepreneur. Entrepreneurship is a journey that lasts a lifetime and it’s an amalgam of virtues and traits that mold a person in the entrepreneurial sense. But with all the people I’ve interviewed, as well as drawing back on my personal experiences, there’s something about that unbreakable perpetual belief in what they do as an entrepreneur that things will sort out eventually, even if not as planned. I place a lot of value on optimism when I invest in people, and here’s why.

A positive outlook opens many opportunities

There are certain things I look for in an entrepreneur which I’m about to place my faith and my money in but optimism kinda takes the icing on the cake. That ability to see the positive side of things can speak volumes.

For starters, there’s a step up in creative thinking, and that’s huge for me. When you think about an outcome you want to happen, you think about different scenarios and how they might play out. As such, you are more likely to be innovative because of the multi-angled approach to solving a problem. Your brain goes crazy and you start coming up with these creative ideas that often result in something else like a new product or service.

In case you’re wondering if I’m pulling this stuff out of my a**, there’s scientific backing of optimism relating to its future-oriented positive outlook where it helps creative thinking in different ways. In fact, there’s also plenty of theoretical evidence suggesting that optimism is strongly linked to an entrepreneur’s better leadership skills (because of the ability to communicate in an inspiring way and see the big picture) and financial success, among other things. It literally pays off be an optimist, it seems.

However, being an optimist doesn’t mean being blind to challenges and problems that arise. It’s about being aware of the risk and embracing it as it typically means whoever I’m dealing with is down to Earth and ready to face anything the entrepreneurial environment throws at him/her. True optimism means looking for positives when exploring opportunities while staying alert to the existing threats, as that’s the way you can succeed in this line of work. The key is to devote more attention to those aspects rather than the opportunity itself.

But what about when things aren’t so rosy? What about when tough times do bring you down? It happens all the time. The reality is that failure is a common element of any entrepreneurial endeavor. No matter how competent you are, failure will rear its ugly head at some point. Point your finger at any successful entrepreneur and he/she will have a story ready about failure and the lessons learned from it. I have, and more than one. To paraphrase Brene Brown – if you’re out there in the arena – it’s not a matter of IF – you WILL experience failure at one stage or other.

Actually, that will often be the case: a collection of stories about various shortcomings which begs the question: how does being optimistic fit here?

The role of optimism in overcoming seemingly insurmountable challenges is simple: by being confident in your abilities as an entrepreneur, you are better positioned to bounce back and succeed either in the current venture or with another venture.

It makes you more resilient. From the emotional side, there’s no wallowing in self-pity, thinking what could have been and obsessing about what went wrong. Instead, you take failure in stride and fixate on moving forward and doing better, whether it’s the same thing or something else. It gives you the courage to carry on and try again.

There’s also cognitive resilience at play, where by thinking positively, you position yourself to be open to more ideas and encouraged to gain a wider understanding of challenges and failures – improved mental flexibility, so to speak.

I’m fairly certain all these aspects also help with developing social and financial resilience as well, which altogether can be mustered and mobilized for a future venture.

I’m not saying you should place most of your focus on optimism. Don’t do that. It’s a thin line to cross over to the other side where naivete rules. You need to have a purpose tied to your optimism, a road you’ll stick to in order to get where you want to be, avoiding the bumps and detours. Otherwise, you’ll find yourself quickly in the blind optimism territory.

“I know everything is possible deep inside.”

Those are the words of Matan Berkowitz, the latest guest of the RLSP podcast we interviewed a few weeks ago. An interdisciplinary artist, award-winning inventor, entrepreneur, Forbes U30, and a TED speaker (quite the list, I know), Berkowitz perfectly captured the sentiment I have regarding optimism by additionally saying “it’s not about thinking about the things that are impossible” but thinking in an opposite direction: “this is something that can be done”

Most of the time, the way you think and feel about yourself and your environment (in the business sense) can have a profound impact on the way you treat opportunities and the choices you make. Entrepreneurial life is stressful and not everyone is cut out for it. The willpower and that strong belief to succeed is often what tips the scales in an entrepreneur’s favor as it makes them more creative, decisive, and determined. It minimizes hubris and provides the strength to admit mistakes, learn from them, and apply that knowledge at a later time. At the end of the day, that’s all you can ask of yourself.