I founded a video production company to challenge people’s perceptions 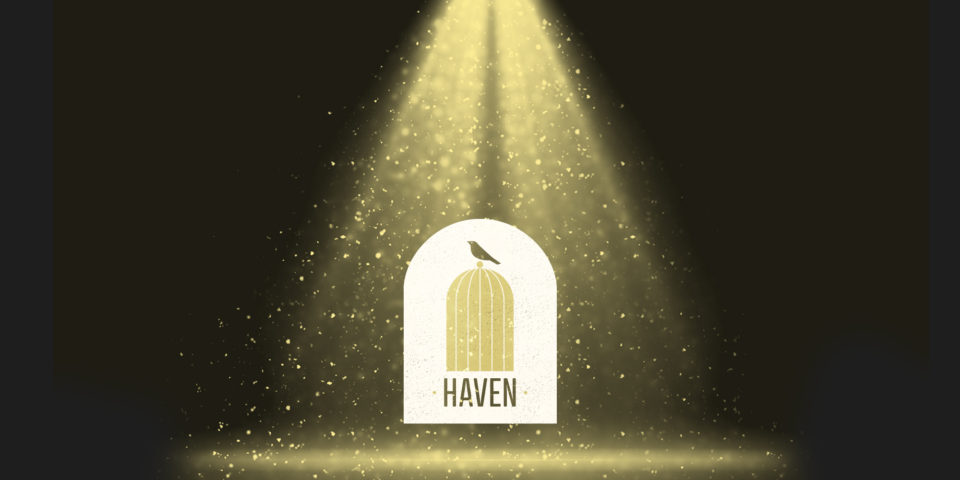 It was July 2020 when Oshri Cohen (that handsome actor dude) and yours truly launched Haven Originals, a video production company for thought-provoking independent films. This wasn’t something born out of quarantine boredom or a whim in order to have something occupy my mind while being in lockdown.

There are three major reasons why I decided to take a dive into this new venture. The first one is kinda obvious – there is an advantage in anything that has to do with content right now – especially video. I’d like to think I’m a savvy businessman and that the decision to co-found a video production company is a sound one as there is more demand than supply. We are consuming more and more video content, companies like Disney and Netflix are truly global, and technology is making stuff like connected TV possible.

Secondly, Haven is powered by M51, my private equity company, which acts as a hub for all our other companies. I’m playing to my strengths here as there is a network of people and resources to rely on. This is important because Haven uses a data-driven approach to content creation for the most part, similar to what Netflix did with House of Cards back in the day. The streaming company examined data for patterns of preferences and then created the series around it. The show was green-lighted not only because the plot seemed like a winning one but also because the decision was made based on a variety of data points.

Data now informs even big bets like $100 million shows, and it’s more of the same as what M51 does in every industry that we go into. We try to automate the process itself. We know the supply side for monetization purposes, we represent a lot of content through our portfolio gaming companies, and we know technology to scale as needed. It’s about leveraging all these elements to supply the right content.

In short, the opportunity is amazing.

However, founding a company is (ideally) always about more than cold business potential. Hence the third reason:

This is an issue that matters to me

I wouldn’t be much of an entrepreneur if there wasn’t something personal at stake here, something I’m very passionate about. For someone who tries to evangelize the wonders of entrepreneurship, it would be a pretty douchey move on my part to churn out content just for the sake of earning $$$.

I care about the message that is conveyed in this case. Plus, there is a different kind of energy and adrenaline when creating content. People either like it or dislike it, I can’t optimize it and make it better like everything else I do. It’s different and invokes in me the kind of passion I haven’t experienced before.

Project OUT, our series of online videos depicting the struggle of everyday people against the government and technology, was jump-started because Oshri and I were arguing all the time about what was the right thing to do in the context of the pandemic. It was the first time in my life that someone else decided what’s good for me, and it was an odd situation (OK, maybe except in the army, but for that I was prepared). That’s where the notion of having no choice in the matter turned into our first video NEW WORLD (pizza) ORDER.

In a Black Mirror-esque kind of way, it’s about a guy who finds out ordering something as innocuous as pizza actually has far deeper roots and consequences. On one side, there’s your average Joe and on the other is technology or society or government, depending on how you want to look at it. Haven Originals gives me an opportunity to talk about things that are happening right now.

When it comes to our privacy, technology is not the problem. Period.

It’s the interest on the other side, standing behind that technology that can press a button and make the above nightmare scenario a reality.

The paradox of Amazon Alexa, as one of the “faces” of voice technology, and privacy is the fact that for 20-something years, we’ve been feeding Google literally EVERY kind of information, including the most private one. And we weren’t complaining because that data was helping optimize the service and be of use to us. Now that there’s a microphone in the house, we’re complaining because they have all that information and can use it against us.

In the video, the Alexa-like assistant is tracking the man’s nutritional habits and health, trying to keep him healthy and avoid the potential strain on the healthcare sector. At the same time, it’s leaving him with no say in the matter, and that’s the dilemma. There is no right or wrong. With a few clicks of a button, someone can decide what is in your and their best interest, which is why the scenario in our first video is highly probable.

For narrative purposes, we gave the role of the bad guy to “Alexa” but if you think about it, it’s not exactly the bad guy. How much of what technology does is optimizing your experience (and as such, life) as opposed to privacy? Where do we draw the line?

The entire technology vs privacy issue is really important because I feel we are at a tipping point as a society. The damage could be irreparable if such things become the new normal, much like it was being forced to stay inside because the government said so. It’s not a problem if the person on the other side is in your interest. The problem is: you don’t know if they are. What’s more, how do you regulate that?

We need to kickstart a conversation

I think it’s vital to see both perspectives of this “technology thing” and start a conversation. There are a lot of things right now that are changing the state of mind of human beings as citizens. But – they are not getting enough attention or, better yet, not getting proper discussion.

There is something fun about getting the message out this way. Haven has already won a number of awards, including ‘Best Web/TV Series’ at the Kosice International Monthly Film Festival and Luleå International Film Festival, to name a couple.

I guess we are opening the minds and enticing people to a conversation worth having. The automatic subordinate “herd” alternative is not good. I’m mission-driven and glad we’ve taken on this challenge of making people question norms, zoom out and think independently, making conscious choices.