Sometimes failure can be better than success 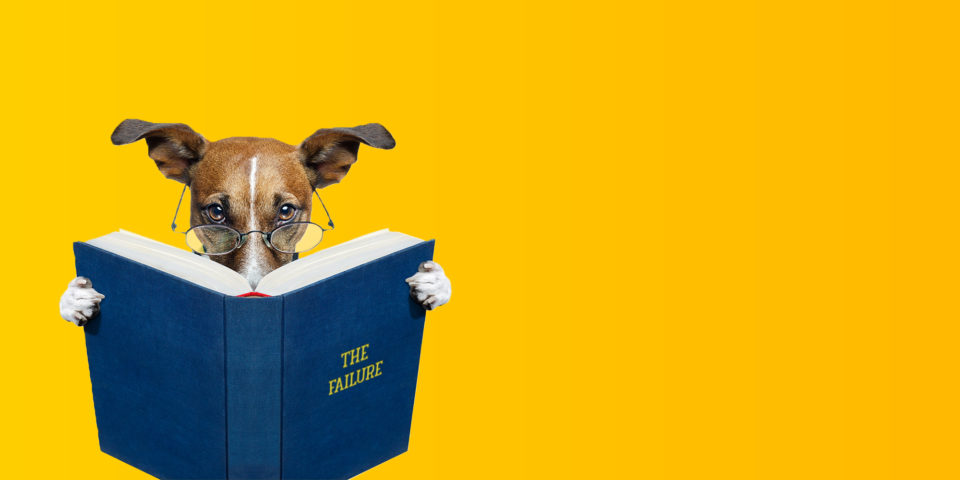 The above title may sound ludicrous at first, but when you dig just a little bit deeper, you begin to realize it’s true.

I’ll go even further and say that anyone who tells you otherwise is lying for one very simple, yet very real reason:

Every failure is just one of numerous steps you need to take on the long journey to success. I say this as someone who, every once in a while, scribbles down his experiences that very much include poor judgments I made and failures I endured during my entrepreneurial career.

So how can failure actually be better than success?

Simple: it opens the doors to a whole new perspective and teaches you a whole lot more than success ever would.

Push the boundaries of your mind

In the vastness of online conversations, someone once replied to me that “failure is a feature, not a bug” when discussing this particular subject. I love that bit so much because I’m a tech guy and I appreciate any kind of tech-centric metaphor as a way to explain things, but also because I can’t think of a better way to succinctly describe my rationale.

I know too many people who find entrepreneurship enticing but either stay away from it or stay firmly in their comfort zone out of fear of failure. In the end, they actually fail as they never achieve their full potential.

For those kinds of people, I often suggest the “cure” in the form of a book: Fail Fast, Fail Often by Ryan Babineaux and John Krumboltz. They go into great detail explaining why no one should be afraid of failure, how failing is a common theme in every success, and why every successful entrepreneur failed more times than they succeeded.

That book, apart from teaching me the merits of ‘fail fast’ philosophy, had a massive impact on me in the sense that it showed me how we entrepreneurs have so much to lose by failing to take action, overthinking and overanalyzing what our strengths and weaknesses are.

The truth is, we entrepreneurs don’t have the luxury to question every poor decision we make, whatever it may be. Such behavior often leads to making excuses, one thing we absolutely can’t afford to have.

Life is too short to contemplate ‘what if’, which brings me to this quote:

“Failure is an option here. If things are not failing, you are not innovating.”

These words by the one and only Elon Musk realistically capture the concept of failure as a personal and professional growth tool.

You have to step out of your comfort zone if you want to thrive. That’s what Musk is doing with SpaceX now (Tesla is already in the history books, in that regard). Every exploded rocket, every failed landing, every other big and small malfunction is a chance to be better the second time, and the third time, and the time after that.

Listen to the man himself explain what he sees as his biggest failure (to each their own standard…):

What would happen if everyone was afraid of doing the hard, uncomfortable thing?

Nothing. Well – nothing good, anyway.

A lot of companies started out as ideas, some more far-fetching and innovative than others (like a private space transportation company). Ironically, they exist because a fear of failure can inhibit and motivate people to achieve success. It can be the ultimate driving force for an entrepreneur to overcome challenges.

In today’s entrepreneurial world, there’s this notion that a failed venture equals a failed entrepreneur. The truth couldn’t be farther away.

Discomfort breeds an incredible amount of growth. When you accept that every failure is a new opportunity, you realize you can end up building things you thought you never could or would. That is what entrepreneurship is all about at its core.

Failure is a great teacher

What else besides failing can teach you the value of almost everything? Things like:

The entrepreneurial tragedy is the perfect example of how failure provides a reality check. Entrepreneurs with limited experience have a problem foreseeing a clash of visions. Almost 100% of the time, what you imagine in your head isn’t the same as what other people (those that are about to work with you and/or invest in you) have in mind.

There will always be a gap between reality and what you imagine it to be. The very nature of this job is to juggle many roles while facing the constant risk of failure, various setbacks, and ongoing voices in our heads and around us telling us we must succeed.

You could argue that something like that goes away with years of experience and a few fails here and there. However, every single one of us, regardless of how experienced or inexperienced we are, faces some version of these defeats along the way.

Finally, this brings me to the central point of this post:

Yes, you may never know what the lesson is going to be. Yes, running a business can be paradoxical in the way that the very same practices that lead to success can also result in failure (The Innovator’s Dilemma by Clayton Christensen does a wonderful job portraying this).

But – if you realize there is something to be learned and absorbed for future practice, then you add meaning to that failure. At the end of the day, not only does it feel less bad, but it actually helps you succeed later on.

The irony about failure is that it doesn’t necessarily have to happen at an early stage of your career to help you advance. It’s important to realize there is value in a byproduct of something bad, something we dread as human beings, not just as savvy business people.

If you find my book recommendations useful (since I’m mentioning a couple of them), check out my selection of books every entrepreneur should read here and here. Some insights are timeless.