Game app of the month: Archero 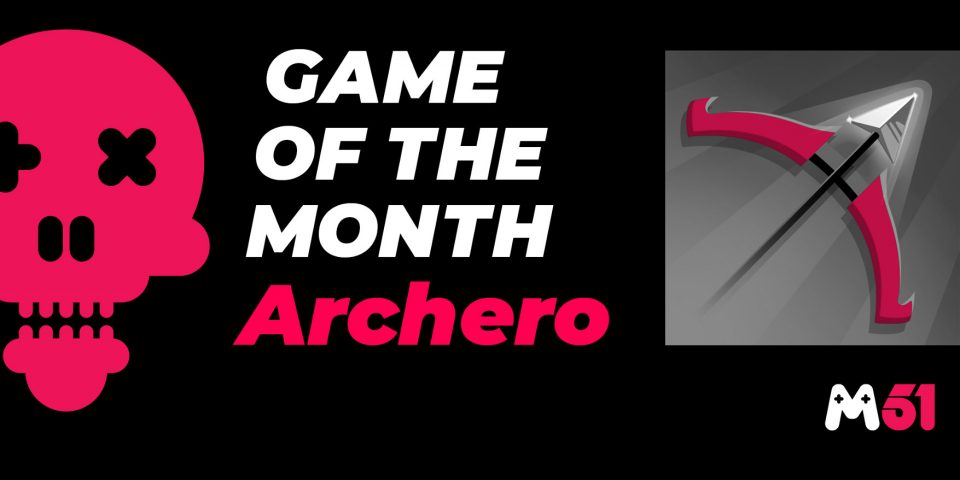 This month has been a really busy one for me so I’m writing this to you a bit later than usual but rest assured – it’s worth the wait. What’s on today’s menu, you ask? A clever portmanteau of ‘archer and hero’ or Archero, an October’s game app you should definitely give a go.

If you’ve been following my previous picks or recommendations, Archero is vaguely similar to Archery King, my August choice, in that the central theme is your skill of shooting arrows. While Archery King is a relatively faithful simulation of this hunting and combat practice in a competitive and recreational way, Archero is a dungeon crawler that has its aim (pun intended) purely at fun: get as strong as possible and progress as far as possible.

Random fun fact: did you know that a person who is rather fond of archery is called a toxophilite? Me neither.

Apart from finer details of the game itself (which I’ll get to in a minute), what makes Archero interesting is Habby, the studio behind it. Another portmanteau, this time of ‘happy’ + ‘hobby’ (clearly, the guys and gals there have an affinity for wordplay), this mobile game publisher has a fairly unique mission.

Naturally, the games are addictive enough but what makes them interesting is something else. They are made in a positive and reinforcing light, which comes from the studio’s philosophy: to create games that make people learn an ability and improve a certain part of their skillset in real life, as opposed to copying other successful games.

Just to be clear: there’s absolutely nothing wrong with that approach because the goal is to make a profitable game that’s fun, even if it does something slightly better. As a user, do you care? Of course you don’t because you’re having fun and that’s all that matters.

And that brings me to Archero’s gameplay.

And I use the term ‘genius’ in its purest form. The gameplay is very easy to get ahold of from the get-go as there is no manual aiming – you automatically shoot toward the enemies, allowing you to focus solely on movement. In fact, it’s so simple you can actually play it with one hand. But it’s not like all you need to do is move – you need to think ahead.

Here’s the thing: you only have one life in your quest of getting the world rid of evil. This aspect makes the game just difficult enough to keep you interested in the long run. Hence, you need to collect skills to stay in the game.

These are randomly generated at certain points in the game (defeating an enemy, meeting an angel, beating a boss) and they stack up, making you more powerful as you go on. A diverse selection of upgrades makes the game highly replayable because there are multiple combinations so if you fail to combine them properly the first time, you can try again.

On the other hand, every room offers new monsters so you can’t be fully prepared and know what to expect. Some enemies throw bombs over walls, for instance, which forces you to strategize and move around a lot. As expected, there will be some hit and miss situations, both figuratively and literally.

The more I’ve played, I’ve found that the game dangles an ongoing dilemma in front of you: is it better to defend yourself and wait for an opening or attack relentlessly? You have one life and preserving your health should be your numero uno concern but at the same time, must shoot up the baddies to advance. In addition, you only get a limited amount of health throughout your adventure. Personally, I go by the “offense is the best defense” motto but the game allows both options to be equally fruitful if timed right.

If you’re wondering about the repetitiveness and the game being boring, forget about it. There are a lot of waves (stages) and chapters so Archero is far from the one-and-done type of game. You can progress through it for months with numerous never-seen-before monsters popping out every once in a while to both keep things fresh and you on your toes. In short: there are no repeats as no two runs are the same. In visual terms, it’s a pretty simple affair with nice 3D animations and customizable graphics for low-powered smartphones.

Simple yet difficult, familiar yet original

Considering Archero is played with a “joystick” handle or grip, you get the feel of a genuine portable console game. The challenge of advancing within limiting parameters but with random upgrades is a challenge and variety every demanding player will welcome. Naturally, some elements will seem familiar. After all, it’s almost the end of 2019 and there’s only so much you can innovate but the game uses that familiarity and blends it in creatively, resulting in a fairly original and fresh experience.

That being said, the game is not as casual as the rest of my recommendations and it is far from the easiest one you can download. The reason is simple: it forces you to perfect your skill and drives you to excel with new each room and each new level. The way monsters behave is hard to circumvent which only adds to the greatness of the game.

As such, you know you have something great on your hands when arguably the worst thing you can say about the game is that it motivates you to press on forward in a meaningful way. Still, if you are a highly casual gamer, it will take a bit of practice to dodge and shoot effectively. You’ll most likely need to exert a tiny amount of patience before Archero grows on you. I’m fairly certain it will.

That about covers this archery-based game. You can try Archero on your Android or iOS device, and as always, stay tuned for more awesome games by yours truly. Cheers!