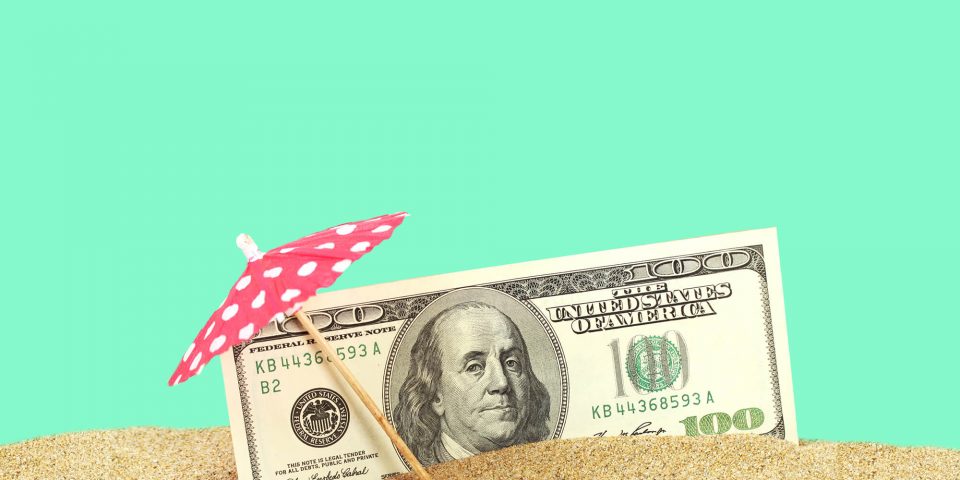 I ran across this question on Quora (I routinely chime in on entrepreneurship-related discussions) and it intrigued me. It’s something I tend to think about as an entrepreneur, and the answer isn’t that simple.

If an entrepreneur is establishing a business during their entrepreneurial journey, a lot of times the sole driving force will be to make money. And an almost equal number of times, the end result will be a failure because that’s not the goal of entrepreneurship.

Now, I’m pretty sure you’re wondering: if money/profit isn’t the main goal of entrepreneurship, what is?

Money is not a key entrepreneurial metric

Most entrepreneurs work hard. The difference is that successful entrepreneurs work hard for the cause/idea of creating something out of nothing and adding value, not personal gain. They use all the tools at their disposal to make it happen: partners, investors, technology, and everyone else whose understanding of a business’ specific needs is beneficial. The end goal should always be to take the concept of business and execute the idea to get a bonafide company. Along the way, there will come a time to monetize the venture but the core objective will always be to create something and make a positive difference in people’s lives.

As an entrepreneur, you first need to understand what type of business you have on your hands, and what constitutes success to you (i.e. the phase where you can define your business as a successful one). That’s why entrepreneurs shouldn’t work hard for their money – they should work hard for their venture and use the money as a means to an end. Money is the byproduct of success.

It’s a repeated misconception that money is an entrepreneur’s key metric for success. It’s not and it shouldn’t be. Plus, money is fairly subjective: what could be a lot of money for me might not be for you or your partners, and so on. Once you accumulate ‘enough’ of it, then it absolutely should start working for you, usually by investing it in stocks, real estate, business, and whatever else you can within the limits of your money. It’s what successful and smart entrepreneurs do.

This is where the entrepreneurial mindset comes into play and why every person should have it. There is a stark difference between someone who is earning a lot of money and someone who aims to be/is an entrepreneur. I know plenty of people who have earned enough money to sustain a comfortable lifestyle, yet their established mindset is fixed. Their attitudes and way of thinking largely preside over the results they achieve. In entrepreneurial terms, that translates to being deprived of many things: learning many new skills, breaking the rules, the freedom to do things, and ultimately –  business success based on their own opinions and ideas.

In the entrepreneurial world, money doesn’t come into the equation that often because the execution is different. We think about it, sure, but it’s not the central focus. We aim to solve a problem, change how people do business and/or live, as well as perceive and understand things. It’s a very thin line between achieving financial stability and working hard to be rich, and understandably so as there are numerous commonalities. I’d like to think it’s more of a personal choice – you are in no way bound to chase money the way businesses do.

The question is fundamentally wrong

Ultimately, the question “do entrepreneurs work hard for the money or does their money work hard for them” isn’t the question we should be asking. I love the sentiment of it because it opens up multiple ways to approach it, and yet it’s a bit of a paradox. Being an entrepreneurial cog in a business machine inevitably leads to making a profit. There is nothing wrong with that, especially if your idea of entrepreneurship is along the lines of self-employment. Whether money is the core reason why you do it is nobody’s concern but yours.

I believe entrepreneurs shouldn’t think solely about money for a few reasons. For starters, the odds are against you. Being different business-wise from the vast majority is hard, and there’s no guarantee whether your company will make it or not. You take the leap and follow it through, trusting that your idea, passion, and execution will come out top in the end. Sadly, many don’t.

Also, there are easier ways to make money if you’re a talented person. But to make a lot of money, become successful by building your own company – there is only a limited pool of knowledge from which you can feed upon and a few ways to make it a reality.

In fact, the notion of entrepreneurs working hard for money goes against the entire entrepreneurial mindset. If you want to make money, why would you ever give out a percentage of the ownership you have? You wouldn’t but you’d also be defeating one of the major purposes of being an entrepreneur: to innovate and deliver. It’s more important to materialize an idea than it is to have a certain stake of ownership in the company.

By nature, businesses exist to make money. They create value for their customers and from that standpoint, it may be difficult to discern the true intention or goal of an entrepreneur. For true entrepreneurs though, the possibility of freedom means going beyond emphasizing the maximization of financial returns and chasing other non-financial values, adding some sort of life-defining meaning to it all, even if it means less money.

That’s why I previously mentioned ‘enough’ money – an amount that will not affect your lifestyle but at the same time will allow you to go for the next opportunity or project. It’s an abstract notion with practical application, and once you identify it, it’ll be easier to confront the opportunities with greater confidence and make decisions that will lead to a greater level of success. It’s a long and demanding journey but it’s totally worth it.