Game app of the month: Towerlands 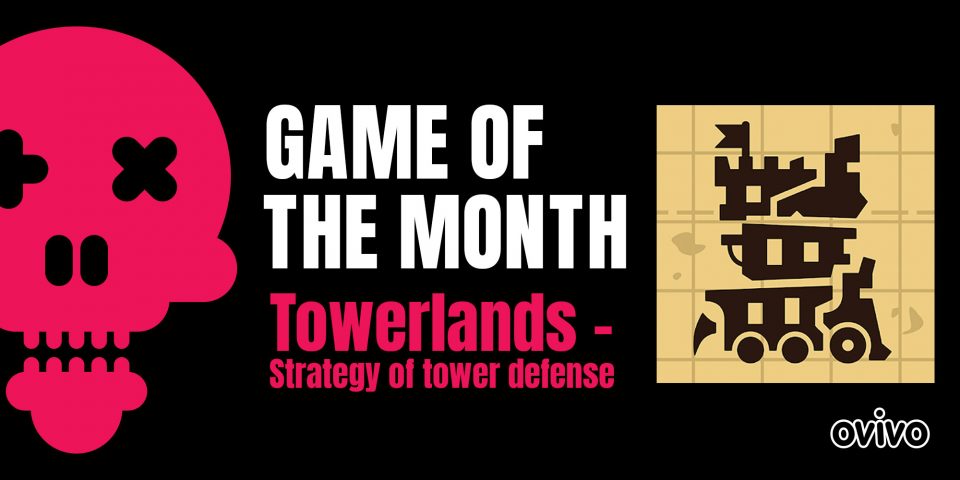 Let’s get straight into it this time. Fancy an interesting mix of genres, say, tower defense (TD) peppered with elements of strategy and light role-playing? If your answer is yes, that’s exactly what you get with Towerlands, our May pick of mobile games you have to try.

On the surface, Towerlands looks like a simple linear tower defense game. However, there’s much more going on here than meets the eye. For starters, it’s safe to say the game is a breath of fresh air in a genre that is one of the first to really put mobile gaming on the spot and capture the audiences. Black Bears, a small mobile game studio behind Towerlands, did an awesome job of making the game appealing through artsy cartoon-like animations, almost perfect in-game economy, and even experience that will entice virtually all types of users.

The game starts by having you control a single castle tower and naturally – defending it against the ongoing swarm of enemies. As you progress through levels, the tower grows via different structural add-ons where you can place various units (e.g. archers, knights, wizards, and so on), modules, and turrets. The kicker is that each unit has a special ability (e.g. dealing continuous damage, summoning other units, collecting more coins, etc.) and the tower has a finite number of slots you can use to upgrade.

What that means is that you will have to strategize how to achieve the best combination of the two to defeat the army of bandits, orcs, and the undead. This aspect is arguably one of the best parts of the game and actually almost makes you forget this is a tower defense game.

Besides the (un)usual TD approach of a single tower, Towerlands also allows you to build a city/castle within the kingdom and rule beyond the confines of your stronghold. You can attack other cities which will be important when you want to upgrade your army and make it stronger as that’s how you acquire certain bonuses and improve skills.

There are two main in-game currencies: gold and crystals. Gold is the main one as it’s used to upgrade virtually everything, while crystals can be purchased with real money and converted into gold.

For added variety, there are multiple game modes such as PvE, Clan Battles, and Boss Battles. You can form or join a clan to play with other users and exchange goods and/or fight against other clans for resources. Fighting in the clan battles earns you keys which open loot boxes that feature all kinds of goodies, from gold and crystals to badges and so on. All in all, there’s plenty to do in Towerlands – you know, besides the fact that there are more than 1000 levels.

A fresh twist on a stale genre

Tower defense in a rather interesting genre in mobile gaming because it leverages the simple tap controls to perfection. For game developers, the primary challenge seems to relate to coming up with the proper economy and progression rates but in 9 out of 10 times, the game will not take off because there’s something else missing – engaging content and background story.

In that sense, Towerlands manages to nicely blend all of those elements in an excellent time-wasting entertainment package. There is great freedom in how you want to build your tower – as an offensive threat or as a defensive-minded barrier. Better yet, the game goes beyond these skirmishes and forces you to delve into the management side and take care of the development of an entire city and eventually the kingdom, so you can reap the benefits.

The tactical and content-rich aspects of the game, especially in higher levels, makes Towerlands a truly refreshing TD free-to-play title and definitely worth your time if you’re a fan of the genre or like to use your thinking powers when relaxing with your smartphone.

Towerlands is available via Google Play and App Store. You can also check the rest of our ‘game app of the month’ selection here.