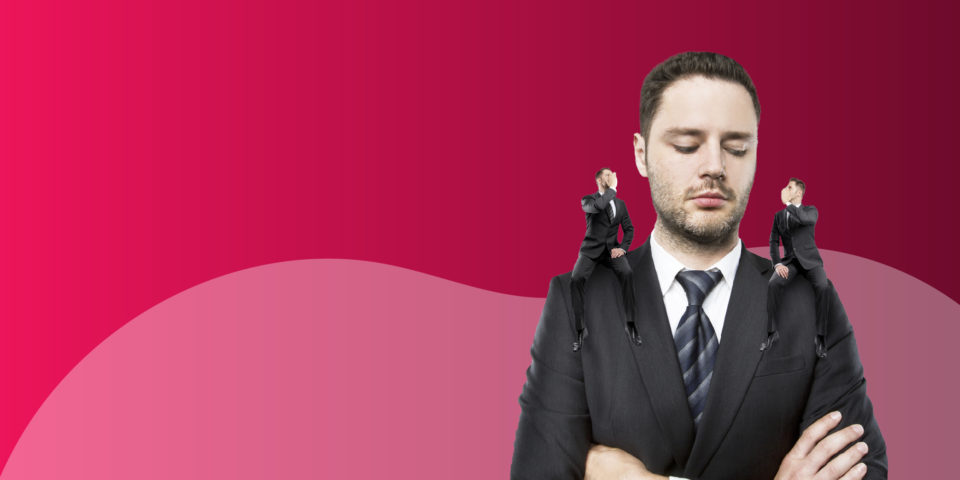 The path to leadership success is never clear or obvious. However, there are common actions, strategies, and skills that define the type of leader you are.

In a somewhat broader way, they mostly fall into two categories: those who talk and those who do.

When people think about talkers, it’s with a fairly uniform image in mind:

a lot of talk about excuses instead of solutions and fear to take on the risk and challenges that are part of the journey. The ‘talk the talk’ vs ‘walk the walk’ vibe.

While in some cases that depiction is certainly true (I’ve met a fair share of such leaders over the years), for me, a talker takes a different form.

It’s a person who is a gifted motivator, first and foremost. They know how to communicate a goal and guide to the finish.

There’s a fundamental difference between a doer and a talker, where both types have pros and cons – and the contrast between them is what you ultimately want to incorporate as a leader.

Who a talker really is

The mouth can be a powerful tool, one you need to wield with great expertise.

This is arguably where a talker excels, particularly when it comes to achieving short-term goals. A talker reigns supreme here because this is a person who speaks a lot by default, which means they have mastered the art of persuading you to be interested in and excited about something (or at least gained significant practice).

They have the ability to paint the picture. They know how to position themselves, whether it’s in a conversation or circumstance.

I’ve also noticed that if need be, they can ad-lib very well, which sometimes leads to new opportunities.

What a doer does differently

Being a talker just doesn’t suit every entrepreneur and leader. Not everyone likes tooting their horn (now there’s an expression!) or is as eloquent, which is why there are more silent types of leaders.

These are the leaders who prefer to keep their heads down and focus on executing plans down the line. They likely need a little bit of polish when it comes to talking as they rely on their work to speak for them.

I find that a doer likes to be in control and take quick action. As a result-driven person, they don’t care much for formalities and like to get straight to the point.

They simply want to get the job done, whether it’s forming a business plan or writing an email or a book – anything that gets them closer to the ultimate goal. Whatever it is, it gets done.

The downside here is that such behavior can be overpowering for some people. Once they make up their minds to accomplish something, they can be relentless and ultimately, short-sighted.

So what type of leader should you be?

It’s one of those cliches, but actions do speak louder than words.

If you want to lead, lead by doing. When your team members recognize it, that will put a lot more pressure on them than plain words ever will.

Plus, if you lead by execution, every word you say is valued a lot higher as those words have merit and evidence with which you can support them. It shapes your team and their focus on delivering over and over.

Both are demanding, require intense preparation, and have the same goal: reach the finish line the fastest.

It’s the way you get to that finish line that differs.

Focus both on the long-term goal and on moving toward it regularly is what differentiates a doer from a talker. I believe it’s all about:

From a leadership perspective, it is critical to strike a balance between how much you do and how much you talk.

I liken the ratio to somewhere around 80:20.

It’s because being an entrepreneur is a marathon of sorts, a never-ending game that only gets bigger over time. You need endurance. You need a long-term perspective because you are (or at least, should be) building something – an institution, if you will – that will remain far beyond the initial vision of what you want to achieve.

You can be a silent doer for most of the time but talk just enough to communicate your value so that whatever effort is put into something doesn’t go unnoticed.

I am a big believer that a long-term strategy of doing your best consistently will pay off in many ways as your results start speaking for themselves over time. You have to trust that your people will see and acknowledge your effort without you talking about it.

In his seemingly infinite wisdom, Simon Sinek once said that leaders don’t look for recognition from others, they look for others to recognize.

What he meant is that instead of leading to get praise or recognition, a good leader creates opportunities to recognize and glorify the ones they lead.​

For the most part, that is the difference between a talker and a doer.