If you want to succeed in business, always have an endgame 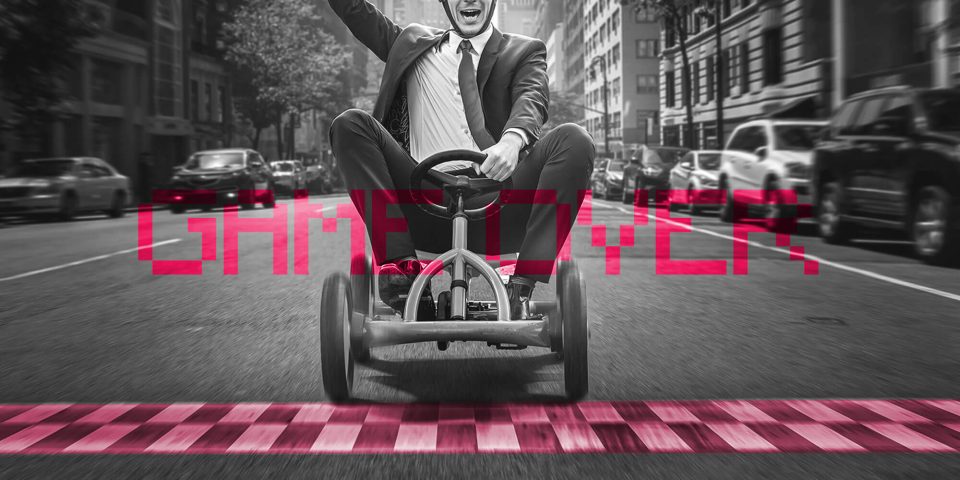 One of my first jobs ever was being a public relations lobbyist in the Knesset (Israel’s parliament and legislative body), where I worked under Rami Sade. That man is responsible for teaching me one of the best business lessons I have learned, ever. TLDR: always have an endgame and work your way backwards from It.

Here’s the story and my takeaways.

One of our clients wanted to obtain a license to run a water distillation factory. They needed us because that required government approval. In order to succeed we needed to take care of a shitload of bureaucracy on their behalf. It’s a tough task because you have no real power, no suction that’ll make people agree with what you’re doing. We needed a smart strategy.

When you get a client with such a complex demand, you ask yourself one thing (I know I did):

how do I start?

You begin thinking about what you need to do first to reach that goal. And there are so many ways to start, you go bonkers. Rami had a brilliant insight I now rely on every day of the week:

You break down the project so that every step of the process is a checkbox you have to tick in order to progress, only you’re doing it backwards:

Branching out – breaking down tasks for execution, backwards

I’ll focus on the regulation condition because it’s more complex and in a way, more fun to explain. For the government to issue an approval, I needed 22 votes in the parliament, which means I needed at least 30 people/options to be on the safe side. The reality is not everyone will warm up to the idea so I was adhering to that margin of error.

Remember, this is high-level lobbying I’m talking about so I had a list of 30 names and faces in a file in front of me, trying to figure out what can we give them to win over their approval. Politics is like that, offering different things to different people. To get those offerings, we had to go to yet another batch of different people, all the while keeping in mind the margin of error. To get to those people, we needed friends and to employ the services of a really cool HR operation. To have a really cool HR operation, we needed 40,000 shekels, for which we had to go back to the client and ask for.

When you read it like that, I know it sounds unnecessarily tedious but that’s exactly what you do: keep on extrapolating the endgame through reverse engineering. When you have the solution, what happens is you’re reverse-engineering the equation because you know what it has to be. You know what you need to do to make it happen.

Sometimes, you have to be counterintuitive

Processes doesn’t work like that when you break them down from the beginning and work towards the end. You can have too many branches, too many options to do things and that’s when things get overwhelming. When you know directly what the endgame option is, it’s fairly easy (a lot easier than the alternative) to go backwards and make it happen. For any business question, there’s always an answer. If you don’t have one, it’s impossible to do a mission.

Breaking the process down that way was essentially what enabled us to get the votes we needed (and even a bit more) and to get the approval the client needed. It was a pivotal moment in my life as it generated tremendous clarity in the way I approach processes. I’m sure it has saved me a lot of money and time that I otherwise would have wasted on projects that don’t have a clearly defined goal.

Let’s say you have a company that is doing well. You’re making money but don’t really have an end goal. In such a scenario, how do you motivate people to come tomorrow morning and be productive? How do you make them work together around the same idea when you are still thinking about that idea? You don’t because you don’t have the imagination for it, and your company is going to stagnate.

Reverse engineering is one of the most amazing cheats you can have in life, not just in business. If you get really good at it, you can solve a complex problem really fast. It becomes a reflex and you can use it to solve literally any kind of problem that may emerge.

If you get to a phase where it becomes a reflex, ultimately you get to wield one of the greatest superpowers ever: imagining an endgame and getting everybody in line for the same mission. Looking at it from a managerial perspective, at the end of the day, you can help someone who doesn’t have that talent to understand what his/her role is amidst the chaos.

Weave your own story from an ending

One final metaphor for you and I’m done: having an endgame in business is like writing a book from the ending. That’s how famous and successful writers such as Stephen King and George R.R. Martin write their stuff. They don’t plot, it comes instinctively for them. I’m not saying you should stay away from plotting: have an outline, create a framework but always make sure you know what your ending will be.

The goal is to understand how to reverse engineer to get to a specific point. Don’t make it about the story – make it about the ending because you can easily get lost throughout your story. Countless entrepreneurs have and that’s one of the major reasons why so many startups fail. If you have an ending, you know how to get to that end. You can never get lost.