Transparency is great at first but be wary of it later 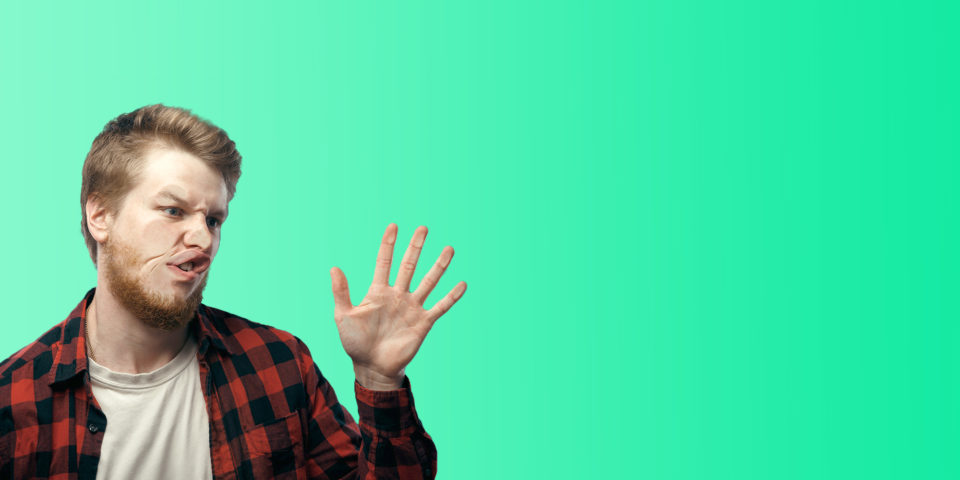 In all my years as an entrepreneur, I’ve come to realize there are two sides to transparency:

Transparency is amazing, especially in the beginning, because people want to work in a team where they feel included and part of the project. It’s something in our nature we can’t escape, and that’s a good thing.

It’s the same from the business’ standpoint. Being honest and open about the various things your company does only strengthens the commitment you made to your customers from the get-go. It earns your business trust, and we all know that leads to business stardom.

However, when your business begins to grow, transparency can turn into something that can be used against you in more than one way. It’s a balancing act as it’s difficult to know what the optimal level of transparency is. Your mileage will vary.

The danger of being too transparent

I honestly don’t think people can handle 100% transparency, and that’s why being fully transparent can backfire.

Everybody wants to be transparent because it’s an inherently good thing. As an entrepreneur and leader, you don’t have that luxury sometimes. You are held to a higher standard, perhaps more today than ever before due to the misguided hero culture. Some of us, like early founders, have to perform heroic acts, in part because transparency is not a universal solution.

I relate it to a role of a parent where you simply have to withhold information sometimes for the greater good.

Realistically speaking, as an employee, would you want to hear that your leadership doesn’t have an idea how to get the company out of the slump it’s recently gotten into? Or that it’s not really sure what happened and how to proceed? Or hear anything unfair, even personally relatable like you having a lower or higher salary (I’m counting you’re a good human being and pro-equality)?

Of course not. That’s all that would be on your mind 24/7. You’d start to worry, panic, disengage, and not be the best you can be. It’s the same reason why you should hold out on some things as a leader. People don’t want to see you vulnerable or indecisive. They don’t want the whole truth because they don’t know how to handle it or they handle it in a bad way, which is basically the same thing.

Too much transparency can result in a culture of blame where mistakes lead to a negative and unproductive atmosphere. In complete transparency, facts rule as everything is out in the open. They speak for themselves but on their own, they don’t reveal why a mistake was made – only that it has been made. Instead of identifying ‘why’ and trying to avoid future mistakes, the focus is more on ‘who’ and ‘what’, which leads to a downward spiral over time.

Transparency in business is like a recipe: tell what the ingredients are of your special meal but don’t give away how it’s made. Anything that’s confrontational in nature and can damage the sense of security is not what people want and should have.

Let’s not forget that transparency can be easily transformed as leverage against you on a wider scale. For starters, there is a reason why corporate espionage is a thing. It affects everyone from large companies with multiple levels of hierarchy to small startups with a scalable culture, only nowadays it’s more subtle. There are things that make your business special and if your competition knew your trade secret(s), rest assured they’d mop the floor with you.

Being completely honest leaves you naked. Much of this negative leverage comes from the inside, like a disgruntled or former employee revealing proprietary information and business secrets or sabotaging colleagues for promotion. I know this sounds sinister but business is sometimes like that. There’s backstabbing and running over people to get to the top. Considering innovation is one of the biggest competitive advantages, it’s not hard to see why there is a risk of total honesty.

When total transparency is a must and how to do it

The key is this:

figure out who in your inner circle earns your transparency, then what you’ll be transparent about.

Be transparent about your goals, aspirations, incentives, interests, and mutual relationships. Be transparent about the moves you plan to make, even if the situation is not so great. And always be transparent with your C-suite, always. It’s the backbone of every sustainable and determined company culture and leadership. Everybody needs to be aligned when it comes to the company’s view of the external environment, the definition of success, goals, and plans.

A good starting point to greater transparency is to maintain your focus on work and productivity. Help your employees understand how important decisions are made (e.g. the financial impact of onboarding more workers), the impact of such decisions, and what goals they’re working toward. You might even want to encourage them to think like a CEO.

I also suggest to prioritize learning. As previously mentioned, transparency brings facts to the surface, resulting in making employee actions more accountable. More emphasis on the learning and the ‘why’ will make sure that your efforts are seen as driven by good intentions, rather than excessive control, which will promote stronger employee commitment.

Beyond that, I’m afraid it’s up to you. As a leader, your responsibility is to understand the needs of your people before implementing transparency policies. Radical transparency may or may not be for you. Start slow and see where it leads you.

Have no illusions about it: you need transparency to know what is happening in your proverbial backyard, and what information you can use constructively to fix any errors along the way. It’s just a matter of how much of it you really need. It’s a tricky concept because it doesn’t always produce a rational relationship. As a species, we’re far from rational, and too much transparency can do more bad than good.

Think of it like this: running a business is like running a marathon. It takes time but you can’t do it if you’re not transparent enough with most people (I’d say around 80%). They may not like you for it now but they’ll love you in the long run.