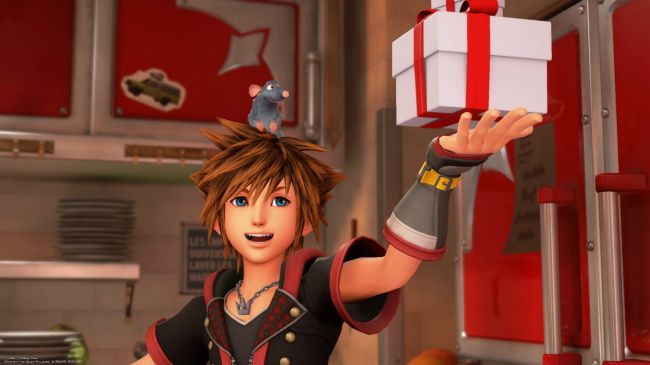 From God of War to Spider-Man and everything in between, these are the best PS4 games you can play in 2019

Although your mind is probably already on the next-generation of consoles, that means that now is a great time to catch up on the best PS4 games. It’s clear that 2019 is going to be an exciting time for the PlayStation family, even without the casual confirmation from Sony that its next-gen console exists, even if technically it’s not called the PS5 yet.

That basically means it’s time to start making sure you’re up to date with all the best PS4 games there are. Whether you’re looking for the biggest exclusive titles like God of War and Spider-Man PS4, AAA third-party additions like Red Dead Redemption 2, or just some excellent indie offerings, we’ve got you covered.

When deciding the best PS4 games we consider how these games are to play right this very minute, because, if you have spare cash to spend, you want to know what offers the best value for time and money today, not two years ago. And you need to know if something is genuinely worth playing and if it adds something to your PlayStation experience – or if you’d be better off saving your money for one of the big upcoming PS4 games on the horizon. What follows, then, is our take on the best PS4 games out there – be they the best PS4 exclusives, big AAA cross-format games, or surprise indie hits that you can grab off the PSN store.

Not everyone will subscribe to Kingdom Hearts 3 for its storyline. Unless you’ve been following the antics of Sora and co for years now, you’re going to be quite confused as to what the fudge is going on. But, probably, like me, you might well be here for the Disney. Donald Duck and Goofy are your BFFs, Mickey Mouse is the kign, but along this wild ride you’re going to make a tonne more new friends along the lines of Baymax from Big Hero 6, all your best pals from Toy Story, little rat chef Remy, and even Boo and the crew from Monsters Inc. There’s nothing quite like Kingdom Hearts 3, and although it is madder than your average box of frogs, that’s part of its charm.

Dark Souls, the series that spawned a hundred imitators thanks to its emphasis on difficult-but-fair gameplay, came to a close with Dark Souls 3, but what a way to go out. Featuring a variety of awe-inspiring locales (some grotesque, some majestic), the same finely-tuned combat fans had come to expect, and a new emphasis on speed and versatility inspired by FromSoftware’s own Bloodborne, Dark Souls 3 is a wonderful encapsulation of the series as a whole; not as scattered as Dark Souls 2, not as rough around the edges as the original. If you’ve been curious about the Souls games, this is where you should start.

Blizzard’s team-based blaster – Overwatch – blitzed the 2016 Golden Joystick awards, scoring gongs for [deep breath] best original game, best multiplayer, best gaming moment, best competitive game *and* best PC game. It’s just as essential on PS4, with its six-on-six battles packed with charismatic heroes, crazy abilities and shouty, sweary, spectacular moments – getting Play Of The Game at least once is a genuine life goal. Each mode has specific objectives, which deliver a tangible aim to every match, and like Street Fighter everyone who’s played it for any length of time gets attached to their particular favourite. GR+’s choice? Jetpack-powered Pharah. Come at her, bros.