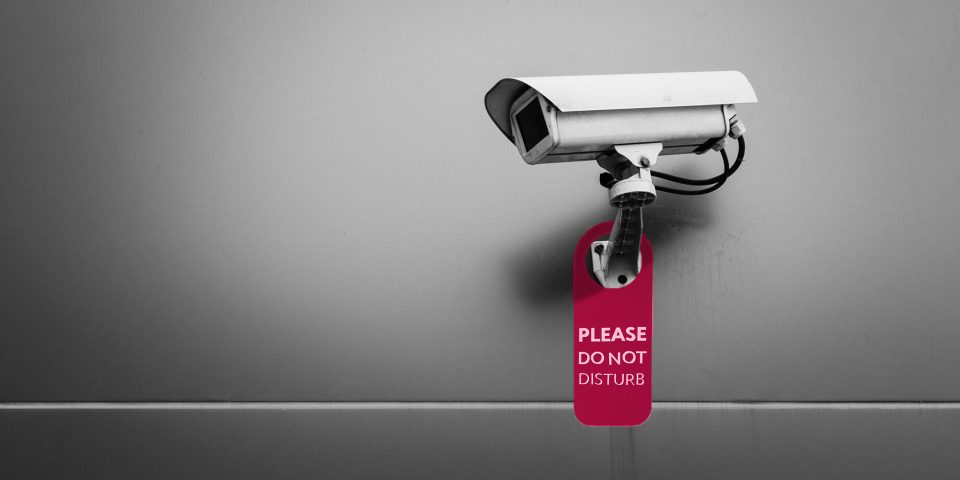 If you’re looking at the title and thinking this is going to be another one of my rants, let me immediately stop you right there and say that you couldn’t be more right. I get a lot of questions about the prefix ‘smart’ in terms of technology. Actually, those aren’t questions but more of shifty, two-faced notions that serve hollow arguments for the sake of… I really don’t know what. I’d like to say personal agenda but the reasoning behind the anti-smart sentiment is so stupid I think it has more to do with being ignorant than anything else.

The promise of technology is to make things better and more convenient. In particular, the concept of smart cities gets a steady dose of naysaying on a regular basis for reasons I find ridiculous (I’m being polite here). It’s a trendy topic in Israel and elsewhere (elsewhere = mainly the US) due to all the mass shootings and crime going on there.

In fact, about a month or so ago, I was interviewed for a news show that specifically talked about getting AI on cameras in US schools because of all the gunfires and sexual assaults – just one of many recent instances where my delightful mug graced TV screens.

In conjunction with smart cities and the underlying idea of it (of which I’ve been talking about for five or six years), the main topic is always privacy. The entire narrative veritably pisses me off because this whole “issue” can be summarized by two opposing arguments:

Argument #1: the technology is harmful

When I ask how, this is roughly the template answer I get:

“There are entire AI-powered systems that know everything about me: what I’m doing, where I’m going, what I bought, what I’m about to do – I don’t want that.”

Facebook and Google (as the epitomes of tech giants) combined know about 70% of that RIGHT NOW. That’s what pisses me off. It’s bullshit and hypocrisy. I post a photo on social media and everyone knows where I am and what I’m doing. I use GPS to get to my destination faster and that system knows where I’m going and where I’ve gone to before. How is that any different? Because there are sensors and cameras, we can’t introduce technological innovations in order to improve the standard of living?

With all that being said, the conclusion is…

This is an actual sentence from one of the more respected people in Israel and a representative of local government:

“Abu Dhabi is the smartest city, but we all prefer the stupid Amsterdam.”

If I was feeling particularly vitriolic, I’d had a lot to say about different sub contextual elements found in this sentence. Let’s just say there’s a general lack of understanding what people really want and need. It’s idiotic, Amsterdam-level. Amsterdumb, more like it.

In fact, it’s super idiotic to even put the entire debate in a ‘A vs B’ context. One doesn’t exist at the expense of another. No one goes to Amsterdam because it’s low-tech or isn’t hi-tech as some other cities. They go there because it’s genuinely an interesting place to visit with a relaxing atmosphere, friendly people, special chocolate brownies, and whatnot.

Another side to that argument is that why should we care about other cities in the tourist sense? Remember, we’re talking about putting cameras around the place so kids can feel safe. Does that make Tel Aviv or any other city less appealing? Do we actually care if that means my sons can go to school freely, without any fear of danger? We don’t and we shouldn’t.

It’s about security (in this particular instance) and convenience

Let me ask you a simple question: what would you rather have?

Back to that interview about AI-powered cameras in US schools. Care to guess what was the primary focus? You guessed it – the privacy of children. Not safety but privacy. {insert generic swear word}? (I’m not sure if LinkedIn approves of the F word).

How f-up is that? Basically, what they were telling me is that people would rather have their children molested and shot at than having them live with the “burden” of knowing which girl or a boy they have a crush on. The psychology of having a camera over your head is not the issue. Maybe, just maybe it can be a symptom – I’m prepared to give you that much – but not of a serious disease. It’s like having dry mouth after successfully treating paranoia with antipsychotic drugs – you deal with, it goes away, and people rarely struggle with it even if a condition is in its toughest form.

In Israel, we have a rule that every public place with a certain amount of people needs to have a security guard. For schools specifically, Israeli law currently requires a guard in schools of 100 or more students. Statistics show there are a lot fewer shootings and rapes in schools, but these still happen from time to time. There’s always going to be a need to protect children, and that’s what artificial intelligence and smart technology bring. It’s not a big problem, but it’s still a problem and if we can save one kid, can you really put a price on that?

If all this sounds a bit familiar, it’s because I’ve said it before and I’ll probably say it again: we finally have the technology that is adequate to tackle such heavy and delicate matters. The only rule we need is that there should be heavy regulation so no one falls victim to misuse. We need to know where the lines are between security and genuine invasion of privacy. And that’s it. But no, people insist on focusing on the psychological effects of having a camera monitor you.

Privacy is an idea people like to believe in. We don’t like privacy nearly as much as we love this new world. If we did, it wouldn’t be possible to get a cheaper room or flight, face recognition on iPhone, and a shitload of great technologies that simply wouldn’t happen if people said they would rather have privacy. They don’t. They like having their life more efficient and convenient. What’s ironic is that smart cities can actually take that to another level.