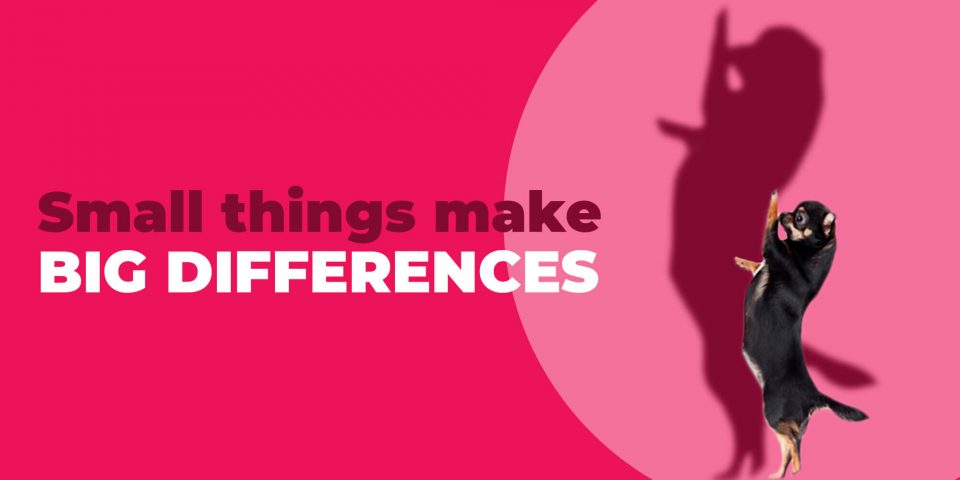 I’ve never been the person who willingly uses these sappy, feel-good cliché quotes because I always felt some things are implied, taken for granted. But as I get older and realize common sense isn’t all that common, I find myself thinking about the business of managing a group of people.

Sounds like an everyday job for some of us: you come in, you delegate tasks and responsibilities, and generally go by the book. With some luck, you can have an entire afternoon off or even a day for yourself, sit around doing little to nothing while your employees work diligently.

It’s a nice fantasy to have, especially the part where you manage a crowd of motivated people AND they do your bidding. Well with a little bit of work and dedication on your side, it can translate to reality.

The entire situation reminds me of my younger days (even though I’m not old) when I was dating a woman who eventually became my wife. One time, she had an exam in microeconomics so I brought her flowers and wished her good luck. I did such things all the time: every birthday and every holiday she’d get flowers. If you’re thinking that was not impressive (even if commendable), you’re absolutely right. Almost everybody else does the same thing and I was no different.

It made me think there was an inherent lack of appreciation for what I was doing. I’m no drama queen (that’s what they say, anyway) and it wasn’t about what I was doing. It was about making a small, seemingly insignificant thing for someone else hoping it makes a positive difference. And that very microeconomics exam opened my eyes as none of the other women there got flowers or anything similar.

I realized something. By making that gesture, I “earned” a very big credit point, so to speak. And it wasn’t because every Friday or every set date or time she’d receive a bouquet of roses or daisies or one that looked distractingly pretty. It was just because I made a small gesture when it wasn’t expected.

In company culture, there are those small things that look, sound, and feel small but in reality, have a really large impact. They can begin with a simple “hello” in the morning that turns into a small talk to a customized present for a certain employee who just broke up with their boyfriend/girlfriend or simply exceeded the expectations, for instance. It can be asking the right questions or being interested just a tad more in their personal life – anything in that area.

In my experience, those deeds have a much bigger impact on a person because they come from a different place. Those are the things that almost nobody does nor does the other side expect them, which is why they have such a strong personal impact. I find those are the reasons why people open up and tell stories.

I’m not saying getting a pay raise or bonus or other financial incentive isn’t worthy of a story when it’s obviously the case. Money is the most straightforward way to raise the bar on employee productivity, motivation, and spirit. But in my mind, employees tend to rely on such things, they expect them and cheapen their impact.

For me, it’s about delivering the unexpected. A personalized high-five or a lunch in a crazy/weird place make a more lasting and stronger impression, as well as reinforce company culture by creating energy and enthusiasm.

Be attentive to details and how you communicate

Enough about my marital excellence – moving on to a company environment. Ido Sidi, Head of Operations at M51, once did a brilliant thing: he tried to make someone work harder on their office dynamics by asking a few questions. Generally speaking, there are two ways to ask such questions. The first one is to be blunt and just ask “how do you do what you do?”. It works so-so in most cases but doesn’t really hit the bullseye.

The brilliant part was Ido took a different approach and said something in the vein of “do you feel appreciated in this company? Because you’re incredible, you know that, right?”

Once again, it was a small gesture that let the other person know they’re underappreciated while effectively making them feel appreciated. Ultimately, the employee in question opened up, becoming a lot nicer and more engaged within our office walls. It was a win-win situation and all it took were a couple of smartly crafted questions and a few minutes of Ido’s time. And me – I had one of those “why didn’t I think of it” moments.

At the end of the day, such nuances can get buried under the “big” things in business: money, the percentage of the ownership, bonuses, days off, etc. Those are important aspects people perceive as a way of appreciation when actually, most of them are part of the same game – they come with the territory. Attention to how you communicate can make or break how people feel and engage.

Inspire to be inspired

Impactfulness (for lack of a better term) as a managerial strategy has a lot of positive effect. No matter how small those acts are, they mean a lot more than what they look. What I find sad is the fact managers can’t squeeze a few minutes a day into their schedules for these tiny actions. A healthy dose of socialization is always welcome as it supports teamwork and cohesiveness. Circumstances begin to change and you shed the role of a manager – you become a leader.

Being hands-on that way is never a waste of time as it gives you a chance to access a person’s inner self, their deep(er) knowledge and passion. It’s what a good manager and leader does.

In fact, now that I think about it, doing the logical can be construed as a waste of time. I can get away/survive with missing a birthday/holiday card for my wife the same way I can manage the discontent of my employees by holding out on a bonus – but only if I remember the small things.