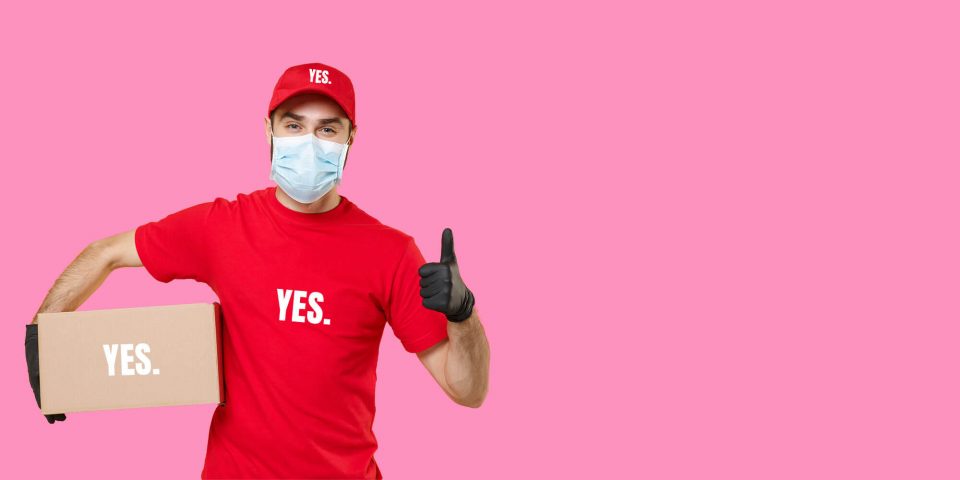 It was 2008 when I went to see the ‘Yes Man’ (a fairly loose adaptation of Danny Wallace’s memoirs) at the local multiplex. The movie stars Jim Carrey (I’m a fan) in which his character is stuck in a rut but after he attends a self-help seminar, he decides to challenge himself to say ‘yes’ to everything in his life for an entire year. As you can imagine, a rollercoaster of funny and poignant events ensues, from attending Korean language classes and being profiled as a potential domestic terrorist to saving a suicidal man through his newfound use of guitar lessons.

Ever since I watched the movie, I thought about how this funny concept can be applied in entrepreneurship (I’m like that – I try to see an entrepreneurial lesson in everything) and here’s what I came up with:

saying ‘yes’ most of the time (let’s say 80% until I pinpoint the exact percentage) should be part of every entrepreneur’s agenda, along with the necessary entrepreneurial width, because you don’t know how the dots will connect at the end of the day. Here’s what I mean by that.

The power of affirmative action

Saying ‘yes’ to everything where you would generally say ‘no’ is a very simple, yet potentially highly effective idea. When you meet a lot of people without any obligation to help them and vice versa, a lot of them won’t be relevant to you at that given moment and/or won’t share a certain interest with you. But if you keep in contact, learn and evolve business-wise while issuing random yesses, you get to connect the dots later on.

As an entrepreneur, it’s something you have to do all the time. There’s always something you need to understand, and it’s usually a lot of things (hence the width). Once you say ‘yes’, most of the situations and people won’t be relevant immediately but as you grow, both personally and professionally, those can become priceless. They become a very valuable part of your entrepreneurial arsenal because the things you learn and the people you meet become a part of your skillset and network. It widens your reach and opens up more opportunities.

Networking (the proper kind) is a great example of the power of affirmative action. You never know how the pieces will fit the puzzle and where you’ll be in a year or two. Many believe networking is primarily a strategy to get a tangible return on investment – it’s not. It’s a way of life because your name and your brand are at stake. For an entrepreneur and a business person, networking is vital, especially if it’s the beginning of a journey. If you have time to spare, say ‘yes’ as much as you can. If you have to be efficient – be efficient but try to leave some wiggle room for the randomness of a ‘yes’ outcome. You never know if the person you just gave your approval to will be your next team member, next investment or someone who does due diligence for you.

Here’s another reason why you should be a ‘Yes Person’:

Say ‘no’ and literally nothing happens. It’s a ‘no’ to a motion, a movement that might develop.

You can say ‘maybe’ but what are you really saying with that? All you do is avoid a direct response and in turn, risk sending the wrong message to potential clients and deflating the morale of your team members or employees. Even if you use it with the best intention, you are leaving people hanging with a ‘maybe’. I’d rather say ‘no’ and be honest with myself and the other person.

With a ‘yes’, it’s an either-or situation of sorts. Something might happen but it also might not, and it’s a 50% chance for each possible outcome. If the answer is a resounding rejection, nothing is going to happen. That is why saying ‘yes’ is both a business and life principle because you’ll put yourself in a position to have something happen and (hopefully) make the most of every opportunity and encounter.

‘Yes Man’ is inspiring in the sense that it shows how even a little willingness can take anyone to the most wonderful of places. Naturally, making such decisions is not easy. Sometimes, choices will be easier because the business will be good and flow naturally. Other times, it’ll be a struggle to find coherence between what you are doing and your priorities, even values.

Constantly issuing approval is a simple concept that comes with a truly hard part: flicking a switch in your mind that makes you actually commit to it.

People write down things they’re going to do but often don’t know how to start. They fail to realize it’s not about starting – it’s about doing. If you can’t execute whatever you set in front of yourself, just do something random and get the ball rolling. Create and shape the circumstances in which you can say ‘yes’ hell of a lot more than ‘no’.

So the next question is – how do you filter those opportunities?

You can’t agree on everything left and right as some things are not meant or don’t make sense for you. Taking on more responsibility can come with negative aftermath if you go head-first. Hence, this is where your ability to organize and strategize comes to shine.

I schedule 90% of my stuff so I can have as good an overview of my meetings and opportunities as possible. Because I gain time that way, it makes it so much easier to do the next step, whatever it may be. That is why I kind of like the 80% mark:

out of 100% of opportunities, try to get to 80% of people and give a little bit of feedback.

Even if it’s ‘I’m not available/can’t do it at the moment’ type of feedback, it still helps. You are saying ‘no’ now but actually saying ‘yes’ in the long run because you can never know how the dots will connect – only in retrospect. If nothing else, it’ll make life more interesting and positive.