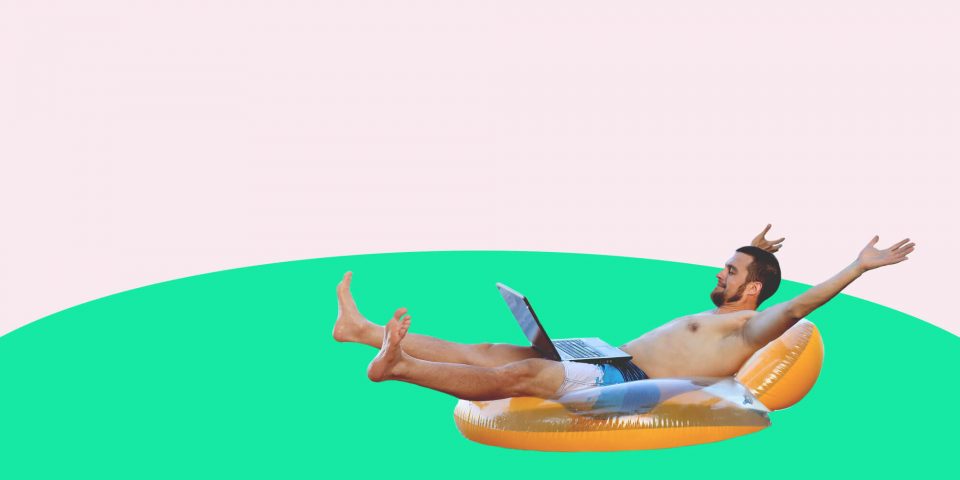 We all have needs and we actively work to make sure those needs are met. Whenever I talk about the subject, my starting point is Maslow’s hierarchy of needs. It’s one of the best-known motivational theories, first proposed in 1943, that depicts five levels/tiers of human needs divided into three groups. It looks like this:

When you take a look at the physiological needs and safety needs – aka. basic needs – you can see those have changed a little bit. I’m obviously not undermining the global poverty levels (which are unacceptably high) but the fact remains that more than 700 million people (10% of the world population) still live in extreme poverty, which is a significant decrease from nearly 36% in 1990.

As a species, we’ve become more lazy, so to speak, because most of us have food, water warmth, rest, the Internet (very important), security and safety, which is enough to socialize. What we’re really doing is optimizing needs.

Money is the fuel, not the goal

When you apply that principle to managing people, money is rarely the thing that holds them enticed to a job. In fact, it’s the opposite.

When people ask for a raise, it’s usually because enough time has passed to get a raise or they are unhappy for some reason. I see the same thing when I ask an entrepreneur (or someone who wants to be an entrepreneur) what they want to achieve. More often than not, the answer is “I want to make money” which tells me they don’t have a good idea on their hands. Money is the fuel that gets you to a goal, not the goal itself.

Because if people like the camaraderie and their team, if they have fun doing what they are doing, learning and going forward – the numbers won’t motivate them at all.

I find it’s the other way around: money will be a great motivator when a person is unhappy but if they enjoy every aspect of work every day, those $$$ are the last entry on their list of priorities. Even if they are underpaid, they’ll work with it because their basic needs are met.

Money can determine how well you are doing your job

When you’re hiring, you have to shell out some cash but the second that person becomes your employee, you have to understand their motivations are the security they have, relationships, knowledge, and future potential. As Maslow pointed out – most behaviors are motivated in more ways, meaning several (or all) needs determine someone’s motivation as opposed to just one.

I’d expand on the theory by adding that money is a high priority when it comes to physiological and safety needs. It becomes the lowest factor when you go past those needs and enter the ‘numbness number’ zone.

Here’s another way to look at it. If employees are always coming to you for raises, 99 out of 100 times – you’re not doing your job well. The better you are at managing and instilling teamwork, the less you’ll have to deal with those requests. It doesn’t mean you shouldn’t give them raises in the first place – I do. Just make sure you understand why. If people are really happy with everything else, making more money will be the least important thing. They won’t work for money after they have it – they’ll work because they want to.

It’s the same across the entire business spectrum. Take Elon Musk as an example, one of the richest and most accomplished people in the world. If he was only motivated by money, then he wouldn’t go for SpaceX or perhaps even Tesla. He would make another PayPal. It would be a logical thing as he knew how to do it and there was good money in it. It’d represent a minimal risk. But something about that scenario didn’t motivate him. It couldn’t bring him to the next level.

One more thing before I wrap this up: needs are flexible. They are based on personal and/or external circumstances, where some will put self-actualization and esteem needs before the most basic ones. The hierarchical form that Maslow described isn’t always the right one.

You are put into the managerial spot for a reason and the first and foremost thing you need to be is an excellent communicator. Communication is the key to being a good manager. It’s the driving force behind almost everything we do. Always keep in mind that people are different – uncovering what drives them is essential for the success of the company. Learn alongside your team to grow into the role of not just a great manager but also a great leader.

If too many people are talking about not being paid enough, then the money is definitely not THE problem. Take it as good feedback to work off, even if you are an entrepreneur.

The fulfillment of needs correlates with happiness

Over time, Maslow expanded his five-stage model to include cognitive, aesthetic, and transcendence needs as the ultimate motivation. Now you have this:

There is a lot to be said about the characteristics and behaviors that lead through each of these stages, especially to self-fulfillment, personal growth, and peak experiences (I was never much into transcendental stuff). The fact remains that basic needs are the same everywhere, regardless of cultural differences.

Compared to the time when the theory originated, we are no longer trying to survive as much. Most of us are very comfortable in our skins, and quickly progress to psychological and, ultimately, self-fulfillment needs. That’s where money loses its value. Everyone wants to feel valued, accomplished, and in turn – happy. They want to believe they are making a difference in some way or they won’t be motivated. And when people aren’t motivated, they can endanger the stability of the business. And we don’t want that.