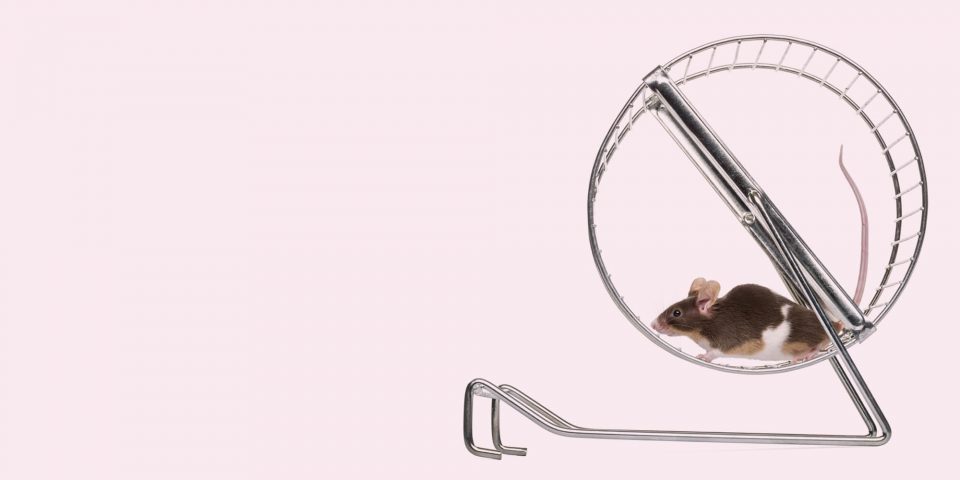 How many times have you heard that phrase “money can’t buy time”? Since childhood, we’re fed this notion of time as an extremely valuable resource because there is a finite amount of it. Hence, it’s best to do whatever it is you’re doing as quickly as possible in order to minimize the amount of money spent or wasted.

While there is a certain logic to it, I find the equation to be different.

Time equals money only when it’s multiplied with energy.

Energy is your most important asset

I base my “theory” on very basic examples. I’m sure you’ve had one of those endless work days where you did 10-12 hours. Imagine going for a 60-minute workout with a private coach afterward. You have enough money to get that spare hour but don’t necessarily have a sufficient amount of energy to get your money’s worth.

Even if you do a regular 9 to 5 shift, energy is variable. You can work your ass off and just can’t wait to come home and crash on the couch as if you were chased by a lion on a vegetable-only diet. Do you have the time for that one-hour power workout? Sure. Energy? Not so much.

Energy is your biggest commodity, and not just in physical terms. A lot of proper work and management depends on your mental state and the level of mental energy needed to organize all the whats and the hows and go into the ‘multitask’ mode. Just like time, there isn’t always enough energy to go around, which is why people create excuses and have fallbacks.

That’s why I think that energy is a bigger asset than time. What you do with your time when you have enough energy is a lot more important than just having the time. It’s about quality, not quantity.

It’s fairly easy to realize that once you get a little bit older. You get a lot of opportunities, a lot of people to work with. You want to maintain your body and mental excellence, provide for your family, and so on. There are a lot of things happening and you may not have enough energy to devote to most of them, let alone every single one.

You know how many times I’ve cast my sights on seemingly random office developments, only to later mentally check out during a team meeting? Too many. I used to be horrible that way sometimes because I wasn’t using my energy to actually be there, not just in my ruggedly shaped corporeal form.

The thing is: even if you have enough time but you’re not absorbing as much as possible from what you are tasked or focused to do – you’re actually not doing it. This is something that I found out about myself a while ago: I’d rather do less and spend less time on things so I can be completely focused and energetic when I do them in order to maximize the value of time spent. At the end of the day, your name is your brand. It’s the biggest reason why people invest in you as an entrepreneur and want to work with you. In this line of work, tarnishing your name means minimizing your key differentiator – trust.

I never wanted to be labeled, not even by accident, as a guy who randomly checks out both mentally and physically or a guy who cannot fully commit or anything remotely negative. As an entrepreneur, trust is hard-earned but easily spent. Early in my entrepreneurial career, people invested in me because they trusted me. They knew I would do whatever it takes to take care of their interest but most importantly, that I would deliver. That is how you define success: when everybody trusts that you are THE guy that will deliver without second-guessing.

Before I digress, the point is that time is not the equivalent of money. The ‘less is more’ idiom fully applies here: it’s about having enough energy to make as much money as possible in as little time as possible. So the more accurate assessment would be:

There’s more to energy than meets the eye

Now, before you say “but time IS the most precious asset”, consider this. There is a singular aspect of time that concerns each of us: how much of it there is. It’s relatively easy to organize yourself when you know for a fact there are 24 hours a day, 7 days a week, and so on.

With energy, there are more factors you have to account for: how much you sleep, the quality of that sleep, what you are eating, how you are feeling that particular day, and a bunch of other things. It’s the one asset you can’t track so it demands more of your commitment. The greatest thing about energy is that it can make up for a lack of different things, including time and resources.

The more I think about it, the more I’m inclined to believe that energy management is actually a skill. It takes smarts and discipline to have just enough energy to seize every opportunity. And if you have a little extra left in the tank, you can always try again and take a different approach if you fail and be dead center on the path of success. Those who persist are those who move forward and achieve greatness.

If there’s a point to my fairly coherent rambling, it’s this:

don’t try to be that holistic person doing everything at once.

Focus on things that you absolutely have to do (your goals on a weekly basis) and say no to others that will drain you in the long run. That way, you’ll know you’ll have enough energy to at the very least get ready – not to mention get the less important stuff, that would normally preoccupy you,  out of the way.

Consider how the idea of a rock star was born and why today, they are just people. A band like the Beatles or Rolling Stones would go out and do an hour and a half set of pure rock’n’roll. They didn’t have Instagram back then to suck up their energy (the sex and drugs came after the show, I guess), they would be gods in their own right on the stage, and everybody couldn’t wait to see them again. You’d never witness Paul McCartney having a sore throat or Keith Richards feeling blue. Nowadays, you see someone like The Rock at his weakest moments and suddenly, he’s not THE man but just a man because he’s low on energy.

Consequently, it’s not better to burn out than to fade away.

What can I say – us entrepreneurs are no rock stars. We’re just insanely good at being crazy and transforming that craziness into action.