M51 Gaming: a look behind the scenes 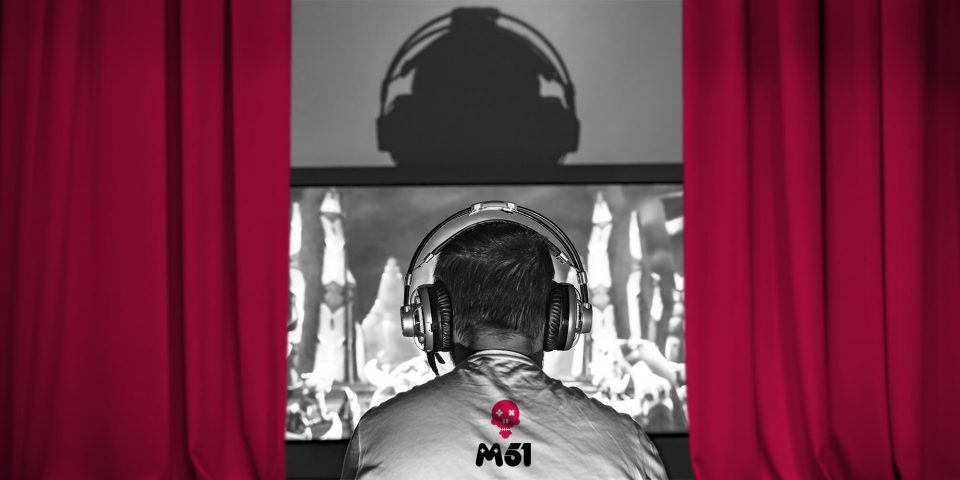 Most people don’t really know how big of an industry mobile gaming is. There is $70 billion in play here, and it’s not stopping in its upward path. By 2021, revenue is expected to reach as much as $91.2 billion, with 43% of the market smartphone gaming and a further 9% tablet.

There are a bunch of stats that show how the market is growing bigger day by day. So, this is as good a time as any to shine a light at our very own mobile gaming brand: M51 Gaming.

Founded in 2018, the company was built from extensive experience in publishing and monetization and the passion to create content ourselves. That’s something that we always wanted as we felt we were creative and crazy enough (in a good way) to make great mobile games. The love for gaming was always there (each and every one of us is an average gamer at the very least): it was just a matter of translating it to a different format, so to speak.

To make a good game today, there are a lot of things you have to get in order. Most mobile games fail, even the really good ones because they fly under the radar. There’s a distinct lack of necessary knowledge on how to market and monetize the game itself.

With M51 Gaming, two out of three components necessary to deliver great games were already in place when we started. At M51, we have excellent distribution and monetization capabilities which provided us with a very big competitive advantage. What was left was a proverbial chef to mix all the ingredients together in one delicious dish.

So, we hired a lot of talent. We still do as we are always on the lookout for new and exciting talent. If you follow M51 on social media, you might have caught a glimpse of our mobile gaming incentive:

The reason why we do strictly mobile (at least for now) is because of the added value. We have the necessary experience, knowledge, and skills to make it happen. Other devices like PCs and consoles don’t have nearly the same level of monetization as mobile, nor is there a similar streamlined way to effectively push the game so the added value is a little lower on the distribution side. Our added value and know-how are currently focused on mobile but as we progress with our gaming efforts, we’re hoping to enlarge and enrich that in the future.

In all honesty, we felt a little stupid. For years, there was all this foundation that we leveraged to help others succeed and we weren’t utilizing that strength for ourselves.

“Gaming is something that we all do, we love it,” says Tal Nitzan, the Steroid Director & Co-Founder at M51 who also co-founded M51 Gaming. For those reading our blog, Tal should already be a familiar name but just in case you’re new to our little corner of the Internet – check this link to find out everything about the man.

“Because we were already involved in the mobile gaming industry in different ways, we understood the promise of mobile gaming and that it can be profitable on its own. We were already a part of that ecosystem, doing promotions for publishers all the time but we had never been on the client side,” says Tal.

“It was a learning process as we knew that being on the inside meant access to insights that were previously unavailable to us. Besides being a profitable business, mobile gaming is a natural fit for M51 as it follows an ongoing narrative we established throughout our ventures.”

The people behind the scenes

It only serves it right to mention the names that are the pillars of M51. I’ve already mentioned Tal, and I’m M51 Gaming’s Co-Founder and Director.

The rest of the executive side falls on Andrey Migalovich, Co-Founder of M51 Gaming, a super-talented and creative dude when it comes to programming. After all, he holds the Genius Code Guy position at M51 and we don’t hand those out just like that. Andrey is very capable in the sense that not only is he a top-notch programmer, but he also produces a lot of interactive content for people in entertainment such as musicians, actors, and such.

On the management side, we have Tamir Ciprut, a 23-year-old coder and M51’s SDK Conductor – the guy that glues it all together; Rashed Mahagna is M51’s premier developer and a passionate gamer if there ever was one, while Michal Hanan is our Revenue Therapist and M51 Gaming’s specialist in monetization on mobile. Lastly, there’s Yaniv Atias, our Chief Doer, known as one of the biggest ops guys in the industry.

So, all this talk about gaming but no games to show? No, I wouldn’t do that to you. Actually, M51 Gaming introduced a few mobile games in the past few months, all of which we are very proud of. You can check them out here. Currently, these are Android-only but we’re looking towards iOS to expand our effort, as well as adding a multiplayer element.

The latest games are being developed through Unity, but we initially started with HTML5. Although we are a fairly big company, we wanted to start from the beginning and really hone our craft on simple hyper games. They allow us to test different concepts and see which are the ones we feel most comfortable with. Hey, we’re still figuring out some bits and pieces as we go. Nobody’s perfect.

The future of leisure time

That would be M51 Gaming and a short introduction to M51’s world of mobile gaming and the people responsible for hours spent on leisure. There’s plenty of exciting stuff happening here, Including three new games so I’m sure there’ll be some news real soon. Until then, try one of our games and take a break. I will.