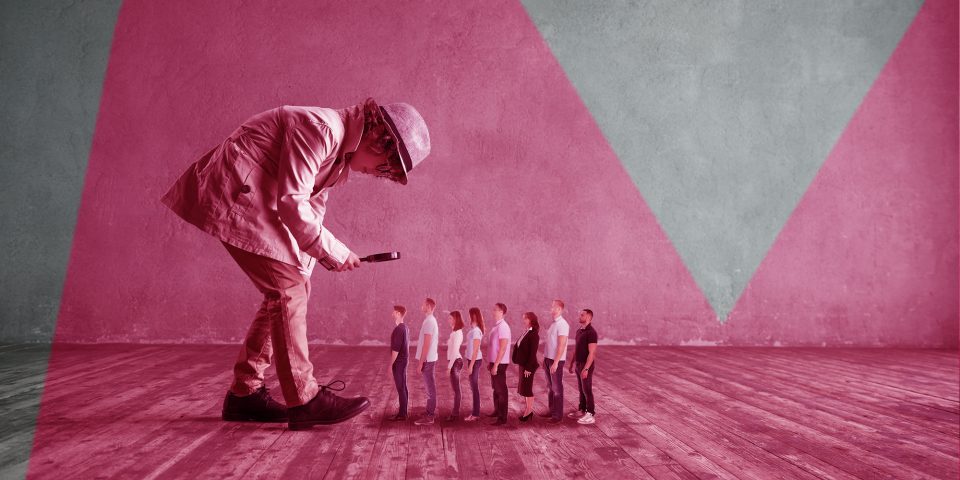 There’s plenty written on the topic of micromanagement and most of it is as bad as having the idiotic ‘123456’ password people seem to persist on. It revolves around the belief that one person can do better than the entire business’ worth of employees. As such, the dangers of micromanagement can be summed up in one sentence:

they can flat out destroy a company.

Sure, there are sporadic cases where micromanagement may be beneficial but the cons far outweigh the pros because micromanagement doesn’t end where it theoretically should. It doesn’t take much to go from being involved in your team’s numerous day-to-day activities (even if the intention is good) to killing your employees’ morale, which in turn kills your business’ productivity.

Quick quiz – are you a micromanager?

The negative connotation micromanagement has is well deserved because it creates inefficiencies and apathy in the workplace. The bottom line – one I hope you realize ASAP – is that as a micromanaging leader, you are essentially telling your employees between the lines that you don’t trust their work and judgment.

Imagine a workplace where the boss is spending a considerable amount of time in:

Objectively speaking, there’s something wrong with that picture and those are just some of the micromanagement cases. Either that leader is a textbook example of a micromanaging leader or the team really isn’t doing all that well, which once again falls on the honcho head honcho.

Look at it this way: the more you micromanage as a CEO, there’s less time and energy for you to do work crucial to a CEO (not to mention there are ways you can stay in the loop without micromanaging everything and anything).

Since I’m free to express my opinion: micromanagement is being a pain in the ass, only that pain can actually become quite serious and permanent. That is precisely why smart people invented the concept of team chemistry and often go to great lengths to make it happen.

Team chemistry is one of the critical factors for a business being successful. Without it, all the talent in the world means diddly-squat (I love that saying!) because virtually every business is an exercise in teamwork.

There are a few things I like to do to instill team chemistry. One of my favorites is going outside the confines of the workplace, and that usually means going to festivals like Burning Man.

When you detach the people from the concept of working together and focus on being fun and creative, it forms a bond which is stronger on the work part. Mutual experiences are something that bond groups of people and make it easier for everybody involved to work with.

I mentioned Burning Man specifically because it’s a glorious example of an atypical festival that has become an important part of career-building material. The value of the Burning Man festival and festivals that foster group flow and self expression are deeply embedded in the tech culture. So much that Elon Musk even says that “Burning Man IS Silicon Valley“.

Team building exercises don’t have to be cheesy like going to a restaurant. If you really want to build team chemistry, it’s not really about working together as much as it is about having fun together, but in an environment where everybody feels uncomfortable. At a festival, everybody is out of their comfort zone in the business sense. They’re dirty, there are awkward situations, and they can’t be at their best – something everybody has in common. That’s the type of experience that helps people work a lot better as a coherent unit.

The most important thing is to remove the natural circumstances out of the equation. If an employee always has to dress super nice for office to feel comfortable, I want him or her to be in a situation where he or she is not. If someone’s only role is to be tied to the desk and make phone calls business-wise, I want to surround him/her with people (the energetic type) where he/she won’t be preoccupied with a computer. Being out of your element in a fun situation typically brings productive chemistry.

The other go-to move is what I label personalization. Having people know more about each other in a personal sense produces a better understanding of colleagues and adds more empathy to working together. For instance, if someone has kids, it’s harder for them to answer between 7 pm and 9 pm. If a team member is only focused on working without the attention to personal information, he or she can’t possibly know what the relationship needs are to optimally work together. Personalization of teams leads to a much healthier environment and atmosphere.

Lastly, no team chemistry is effective without the focus on achieving mutual goals. There are personal goals and then there are mutual team goals, specific and measurable. I’ve learned it’s not always about incentivizing with money but also through ego. Motivation is the energy on which teams function. Some people have that competitive fiber in them and really care if they are a part of the best team or work with the best people. It comes down to acknowledging everyone’s role in the grand scheme of things and ultimately providing incentives and prizes for teamwork.

You have to want your business to succeed so bad that you are willing to go out of your way to make that happen, even if it means swallowing your pride and letting go of other people’s authority and responsibility. Micromanagement is like a game simulation of the ultimate controlling management style where you spend days and rarely come out on top. It just isn’t worth the hassle.

On the other hand, team chemistry takes work and practice but it pays off. Most of the time, employees actually want to form relationships and get to know each other to work together. There’s no strategy that works perfectly for everyone and I wouldn’t presume that my ways work uniformly. Each business is different, and what fits well with some team members won’t necessarily move another business forward.

Simply put, winning teams have team chemistry and failing teams don’t. Which side do you want to be on?