If you have fallbacks, you always fall back 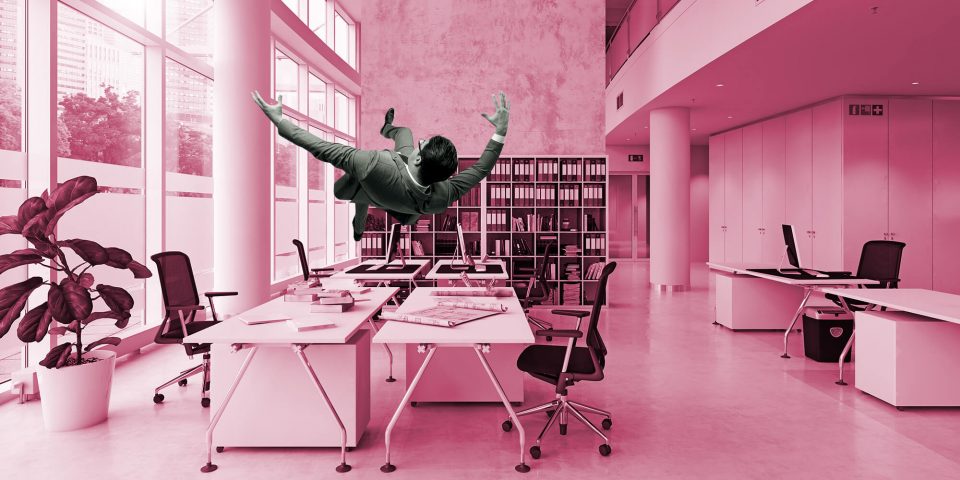 Most people say time is the biggest commodity.

For me, it’s energy. Simply put, you probably have enough time, but not always enough energy around. Arnold Schwarzenegger once made a great point about people not going to the gym because they don’t have the time for it: if you sleep six hours a day, you have 18 left to spend on your work, family, hobbies, and whatnot. It’s not about having time but making time. We all have the same 24 hours at our disposal. It’s how efficient we are in spending them.

That’s also why energy is really, really important. You don’t go to the gym but instead, binge-watch something on Netflix and procrastinate to the best of your ability. You’re using your time and you’ve made the time but are rather inefficient about it because there’s no energy for something else.

Lack of proper focus is holding you back

Energy is a focus point. Focusing it on something usually enhances your chances of success. We live in an incredibly fast world where efficiency is held to the highest of standards, which is why people multitask all the time. But they do so by using a lot of energy to organize what and how they multitask. If you set a mission to do only one thing (or one and a half, at most) and not organize and micromanage the shit out of it, you can actually jump in-depth into it and promise it to succeed.

It’s not as fun in the beginning, I know, but it’s only the beginning. Think about the difference between learning how to play the guitar and piano. The guitar is really hard to start with but it gets easier as you progress. On the other hand, the piano is fairly easy at the beginning but gets really tough if you want to get really, really good.

The reason I’m saying all this is because usually, people don’t want to go into the depth of the focus. It’s fun just being involved 20% of the time, building a business after another business, showcasing your ego, and stuff like that. The downside to such an approach is that you miss out on all the real fun. If you become proficient and an expert, and put in the remaining 80%, you become unbeatable after some time. Entrepreneurs don’t realize the long-term benefit of doing exactly that.

Even the short-term benefit is routinely missed. Trying to do 20% of five projects will maybe give you 20% of the success on each of the five projects. Maybe. But investing 80% or 100% of your time in one project will give you a definitive decision at the end of the day if it will work or not. Just to be clear – I’m not saying you will succeed. There’s no way to know that and I’m not one of those circus-level soothsayers (though it would be cool). What I’m saying is you won’t feel like you haven’t tried hard enough for it to succeed when all is said and done, whereas with 20% of yourself invested, you can always fall back and have an excuse.

An excuse is a failure in disguise

Therein lies the problem. The only excuse is in your head, for your conscience to give you rest. Excuses are something an entrepreneur or a leader can’t have. A lot of people I meet are sitting on two chairs. One has an app and wants to give it a go but is also a VP in another successful company so the app thing becomes their side thing. Another person wants to build a company but can always go back to the old job in the worst-case scenario.

The vast majority of successful people were all in and didn’t have a fallback. Steve Jobs didn’t have a job lined up in case Apple didn’t make it. Bill Gates wasn’t partially committed to Microsoft and had a thing on the side. Richard Branson, one of my idols, sold Virgin Records to fund Virgin Atlantic Airways in order to compete with British Airways and not have an anchor holding him back. It was a painful but necessary decision, and we’re talking about a company he built from the ground up when he was 21 years old.

Not having a fallback puts your mindset in a place where you have no choice but to succeed. You’re totally focused. And people will say you’re crazy for doing it but that craziness makes you 10 times better, and 10 times more focused. Fallback makes you comfortable and if you want to be really big, there’s no room for it in the beginning. Being comfortable is oftentimes more dangerous than beneficial, especially in the entrepreneurial world.

This brings me back to what the Terminator said. When you’re comfortable on your sofa, watching TV and snacking, it’s really hard to get up and go for a run. However, if I don’t get on the sofa in the first place and not sit down, it’s a lot easier for me to get to that jog around the park. As a species, we are wired to try to be as comfortable as possible. The hard thing is trying to do the opposite.

When you have a fallback, you’re always thinking about the security you have and clinging to it. You’re actually saying to yourself: “if I don’t succeed, it’s not that bad.” But it is, you just don’t see it consciously. If a person wants to invest $100,000 and they have another 300k, they lose only 100k in the worst-case scenario, right? Wrong. If you’re that much aloof about losing those $100,000 or spending X amount of time, it means you’re not dedicated. You lose the trust and confidence of those around you because I, for one, would never invest in you.

I would also say this sort of thinking is like having a lottery ticket – it’s a fluke if it succeeds. No statistical evidence can justify such an approach. Just like people who always say they want to become entrepreneurs, but never do. Why? Because they try to make something between 7 and 9 in the evening and always fall back to where they began. It’s not a fluke when you’re 100% dedicated without a fallback in place, nothing to turn back to and optimistic as hell. Chances are a great story is going to come from that.