How to leverage body language to your advantage (spoiler: be yourself!) 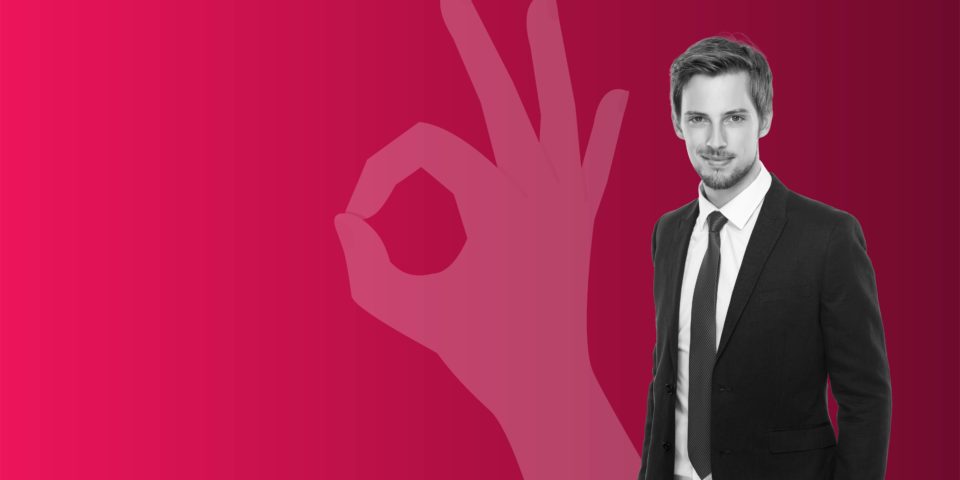 When it comes to body language, a lot of people unintentionally mirror. We usually do it with people we like or are interested in. As signals go, this one shows we’re connected in some way with that person, that we’re empathetic in a non-verbal way.

I don’t believe in it that much.

When mirroring, you’re basically signalling that you feel the person you’re mimicking is better than you.

That can seriously hurt your level of confidence in the situation (what little there usually is in such circumstances).

Let’s face it, most of us have low self-confidence, thanks to a cruel combination of genetic makeup, childhood experiences, cultural background, and other circumstances we go through in life.

In fact, up to 50% of our personality traits linked to confidence may be inherited.

So while there are some things like genes you can’t impact, you can work on your own body language as it can say a lot about you. Boosting self-confidence starts with the Ancient Greek aphorism “know thyself”.

Body language is about the other person’s perspective, not yours.

Think of every human body as a digital billboard of sorts: one that advertises in real time what a person is thinking via facial expressions, gestures, and physical movements.

I believe that you and you only decide what are the attributes that you convey, that you can accentuate through body language at any given moment.

As an example, I take off my shoes a lot when I’m in the office. For some reason, I work more effectively without them, which doesn’t necessarily represent typical office conduct. I tend to pace around the room barefooted, which looks a little bit crazy when you’re looking from the side. I also sometimes bob my head rhythmically during conversations.

I’d like to think that it makes me more approachable because, to me, it means that I and any other person who does the same or similar are comfortable with ourselves. I love when people around me don’t feel tense and focus their attention outwards.

However, the problem with self-consciousness is that it often leads to an uncomfortable feeling. It raises anxiety levels where you start believing people are thinking critically of you and it gets harder to be mindful of what is going on around you.

So, instead of mimicking others’ body language, focus on your own and be mindful of what accentuates your character.

What helps to a certain degree is putting yourself in the mindset of a certain character, much like an actor.

If you want to emulate a person who is composed and friendly, for instance, it can help you ease into the role and get your mirror neurons to kick in by watching videos of such a person before interacting in a social situation. This isn’t the same as mirroring the person you’re meeting. It’s about getting into the mindset and bringing out the sides of yourself that you’d like to shine.

These are just tiny examples of how you can unlock your body language.

I tend to accentuate excitement, energy, and positivity because that’s who I am. I will bounce more than someone else. I will relax my hands, which is natural for me, but really relax them to point out that if you work with me, I can bring you something exciting. I can show off that I have a crazy side, but it’s a creative side where I can think within brainstorming.

Sure, there are people who are able to pull off deliberate body language on a whim: fold their arms or cross their legs in a manner that doesn’t show that they are uncomfortable, or make all the right gestures that say they feel non-threatened and secure while communicating with someone. But that’s acting and it’s not genuine.

I say, instead of focusing so much energy on faking, just be aware and double down on who you are. And if you’re not feeling confident, switch your perspective and double down on making sure you remember/realize you’re good enough. Already. Right now.

On top of that, turn your focus outwards. Remember that everyone has their insecurities – it’s what makes us human. We don’t need to be perfect. We need to be real. If you start being mindful and observing what the body language of the people around you conveys, it can become like a superpower. You’ll realize you’re slowly dominating the room and people are actually mirroring – you.

I highly recommend What Every Body is Saying: An Ex-FBI Agent’s Guide to Speed-Reading People by Joe Navarro as the book on body language that analytically explains how our body communicates its true feelings.

Navarro is a former FBI counterintelligence officer who specialized in nonverbal behavior, and he explains how to quickly read people and learn how your body language can influence what anyone thinks of you: from your partners, friends, family, to total strangers. Trust me, it’s a worthwhile read.