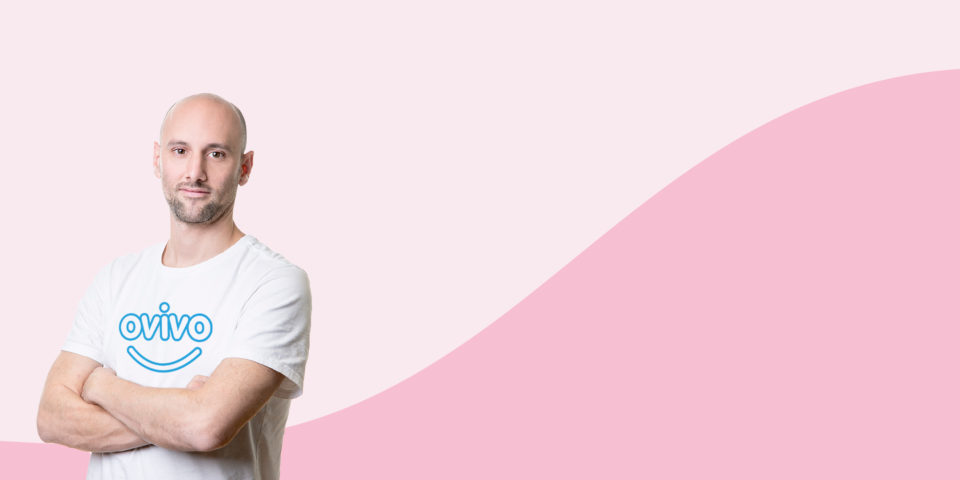 It’s been a full year since OVIVO Games, a casual mobile gaming company, won our contest for the next mind-blowing idea for a game. In mobile gaming, the continuation of success relies on more than just a great idea or game concept.  So, we’d like to show you how our partnership has progressed over the past 12 months and, in a way, show what it’s like to work with M51.

When OVIVO first got in touch and laid out its plans, there was little doubt in our minds we had a winner on our hands. Roee Raz, the company’s CEO, is just the sort of person M51 is looking for and willing to work with: passionate, creative, and persistent.

We asked Roee the obvious thing first: what is the biggest change you’re experiencing since we’ve partnered up?

As a very young startup that was essentially a one-man show before that investment, OVIVO was missing a lot on the operational side, including the infrastructure to scale. M51 answered those needs in a perfect way, and not just with money. There were extra benefits to it, starting with talent recruitment, consulting about various financial aspects and with industry veterans, providing support on the technical side…

We are now a team of 15 people and needless to say, the before and after difference is huge. What helped OVIVO and me greatly is the fact that M51 provided us with our own office in the M51 hub. I didn’t have an office before and all of a sudden, we not only have our own space but also all the facilities needed in order to run a startup. It’s a game-changer as it’s so much easier to recruit talents, plus you get to hang out with creative people you can exchange ideas with while you’re drinking coffee, for instance. Having a home of sorts is a different vibe altogether and a big part of what makes a startup feel like a startup.

Take us through what it’s like to work with some of the M51 people.

Here’s one specific example. From a technical side, M51 helped us build most of our technological infrastructure for gaming. We are a hyper-casual game publisher, which means we collaborate with and publish indie developers from all over the world. You need a foundation and streamlined processes in place, which we didn’t quite have.

So, Andrey, one of M51’s software masterminds, took a flight to Ukraine with me to meet with our dev team and lead the process of building a bank of generic models and meta-features for the games that we publish. His willingness and expertise were key to creating an infrastructure where we could improve any game’s KPIs in a timely manner, plus he helped make our SDK work more smoothly when integrating with other developers.

Because I am not a developer, it was very helpful to have someone like that actively work to grow OVIVO. In general, we are lucky to have access to such technical support and skills that move the startup forward. It’s what made the most impact, I feel. When you have a strong board of people that you can consult with as M51 provides, there’s clarity in brainstorming and various strategic decisions.

Marketing-wise, how did M51 contribute?

The creative process of user acquisition is a significant area where M51 leveraged its know-how and experience in creating ads to test new games. Plus, they created marketing materials such as slides for the pitch deck, professional photos for our website and social media, and even helped with rebranding our logo.

Then, there’s PR. I have a cool story about it.

Last January, we were about to publish a game called Ninja Pop but as the coronavirus was beginning to take hold, we decided to leverage the momentum. We fine-tuned the game and renamed it Corona Pop. On the very same day I mentioned the shift to the M51 people, someone from Israel’s Channel 2 called me to talk about the game and the role of mobile gaming at that moment.

Sadly, the game didn’t pass Google’s and Apple’s then guidelines strictly on the basis of having ‘corona’ in its name but the way M51 quickly acted was impressive.

Right now, we are working closely together on another funding round, and the PR M51 is doing will surely help us in finding additional investors.

With all of that in mind, what was the biggest challenge M51 helped you solve?

I’d have to say developer acquisition. It really took our scaling on the publishing side to the next level. Up to that point, we were developing and publishing our games in-house. Once I decided to focus on the publishing side, it meant taking care of a lot of things: finding the right developers, reaching out to them, specifying the qualities we were looking for, managing the feedback, and so on.

As you can see, that’s a lot for a tiny team to handle. With M51 providing the infrastructure to scale, we were no longer limited as we could easily automate to meet our needs. For example, today we can do up to 10x more publishing tests a month. When you have that kind of help as a mobile games publisher, it helps you perform 100x better.

I think that in almost every domain that we dealt with, M51 lent a helping hand to make it more effective. I had a vision of what we should do with OVIVO and M51 simply provided all the tools to make that vision a reality.

That would conclude a quick overview of our humble involvement – you heard it from the man himself. Check out OVIVO Games website for their collection of awesome hyper-casual games, keep up with the company via Facebook and LinkedIn – lots of great news in store!