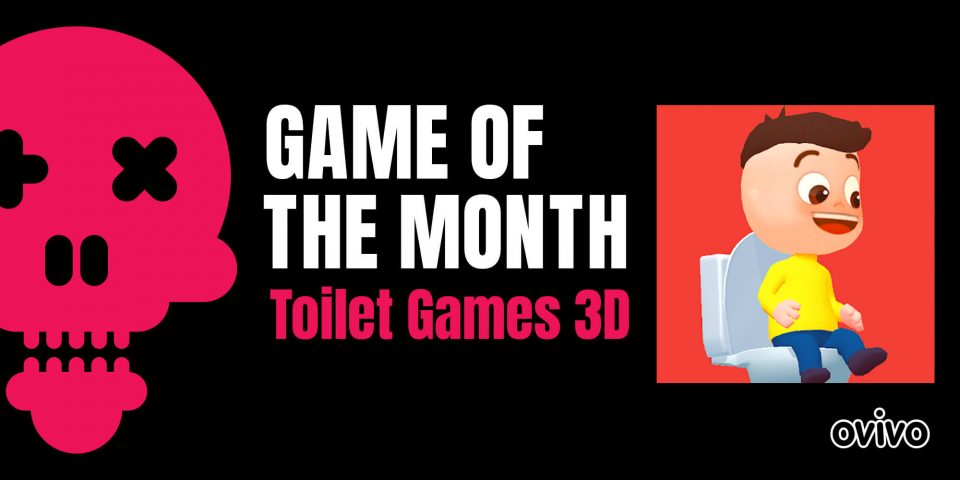 When it comes to hyper-casual games, I’m a fan even though you wouldn’t figure it out based on my selection so far. Still, in the entire course of ‘Game app of the month’ series, I don’t think we ever had such a weird (in a good way) game whose core theme is one of the more unlikely ones you’ll find in mobile gaming – toilet.

With that in mind, Toilet Games 3D just goes to show that a good game can make any theme a winning one – even the one we largely associate with pooping – if it has the right mix of ingredients. Let’s take a closer look.

Great use of multiple gameplay mechanics

This hyper-casual gem was made by Gamejam who made one really smart move: mash together different game mechanics into one big pool of content. As a result, the user has a variety of experiences along the way, which ultimately leads to one of the most random games you’ll ever run into yet extremely liked. By wrapping everything with a very specific yet quirky theme, the studio made the game even a little funny if you can appreciate such humor (little ones certainly will).

The premise is simple: each level consists of a different challenge, whether it’s to prevent your smartphone from dropping into a toilet, collecting all the toilet paper, cleaning poop (of course), and lots of other odd situations that usually happen (I guess) within the confines of a WC. There are plenty of tasks you have to accomplish in various ways so you hardly get bored.

Therein lies the key to the game’s success. Gamejam understands what makes the hyper-casual genre tick and makes the best out of certain genre-specific characteristics such as low entry threshold, replayability, and the ease of play. Unlike casual or mid-core mobile games, the hyper-casual business model is heavily relying on the first two days of usage for a healthy retention rate as, typically, the biggest drop-offs tend to happen within just one week. Even the first two or three sessions a player undertakes can be critical for devs and studios alike in terms of retention.

What Gamejam did here is leverage human behavior (more precisely – curiosity) to reach the goal of every hyper-casual game developer – a long first session. Each level has a different challenge, you start with the very first tap so it’s quick to play. Even though it’s super simple, Toilet Games 3D is engaging and fun, basically baiting you to find out what will come next. The user doesn’t feel like he is repeating the same thing over and over as some hyper-casual games have a habit of doing (especially the earlier ones like Paper.io or Flip Rush!).

In addition, the variety of mechanics also allowed Gamejam to create tons of different video ads for the game where they could match each mechanic to a different audience and a different Gamejam game. It’s a great way to get a higher reach and keep CPIs low – certainly more than they could if they simplified the game to only one mechanic.

This one is no stinker

With the somewhat crude minimalist design, the graphics are certainly not its strong point but they don’t diminish the game experience in any way. And since this is a hyper-casual title, there is very little detail and structure so it’s easy to grasp.

The bottom line is that if you love (or don’t mind) all the poop, pee, and all-round toilet elements, Toilet Games 3D will be a game up to your liking. It’s lightweight, very accessible and kid-friendly, yet provides enough variety in mechanics and tasks to keep you hooked for a long(er) time. It’s core fun at its best and as a good example as any of a pleasant pastime through simplicity and smart user engagement.

To paraphrase Arnold Schwarzenneger: get to the toilet!
Toilet Games 3D is available via Google Play and App Store.