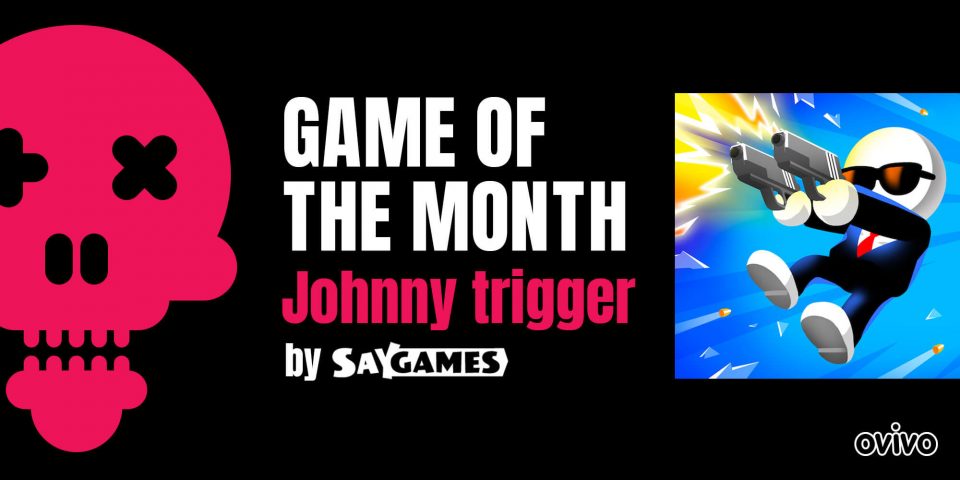 In times of this new reality that is the coronavirus outbreak and the resulting social distancing, I feel there’s more room for gaming of all sorts than ever before. There’s only so much TV you can watch, right? Hence, I find it’s especially helpful now to highlight the great mobile games and maybe, just maybe lessen the stress and discomfort of being isolated from your friends and family.

Here’s a good one that will occupy your mind for a few hours at least: Johnny Trigger.

Developed by Estoty and published by SayGames, you assume the role of the titular hero with the task to “take down the underground world of mafia” while jumping around in slow motion. It’s a fresh and fairly unique take on the hyper-casual simple tap timing mechanics, dressed in an action game. The cool art gives off the feeling of character depth even though there is little to no actual depth to the game.

Compared to other generic shooters who rely on static maps and characters, Johnny’s automated movements and changing speed of play offer a healthy dose of dynamic gameplay the entire genre could use more of. Every level follows the same pattern: jumping over obstacles and/or running across chasms while occasionally twisting around in slow motion and naturally – killing bad guys.

You need to time your tapping when Johnny is aiming at the enemies, otherwise, a missed shot will lead to instant death. Earn money while completing each level and spend it on cool outfits and different types of guns, then repeat – that’s the core loop of the game.

For starters – the repeatedly changing atmosphere. Instead of treading the same path others have taken by keeping the art simple and avoiding background music, Estoty made eye-catching art that shows multiple settings and used an upbeat action soundtrack to create an energetic gaming experience.

Each level differs slightly from the previous one. The effects of slow-mo and shooting with various guns have made the gameplay more exciting than it really is, considering the diversity in levels is mostly generated through level art and the changing effects of regular guns to submachine guns to heavy-duty weaponry. The game does feature some interactive objects such as oil barrels and different moving objects that you can shoot to dispose of your enemies if just putting a bullet in them becomes boring. Some levels also feature additional obstacles in the form of hostages you must carefully avoid shooting.

In terms of UI and UX, Estoty has put a lot of effort into making the UX as perfect as possible, with responsive UI that really helps give users the vibe of a cool action game. There’s a noticeable contrast between Johnny and the characters on one side and the surrounding environment on the other. Plus, the game is clearly inspired by Matrix (one of the best sci-fi movies ever), particularly when you consider (besides the slow-mo stunt shooting) that checkpoints are saved at the telephone booth, just like in the movie – always a plus.

There is room for improvement but still plenty of fun

My only serious gripe (and I’m not alone in this) is that the game is fairly easy and not getting progressively difficult as you go through levels. For example, every type of weapon inflicts the same amount of damage, and every hit you make (unless it’s a boss fight) deals a fatal blow, regardless if it’s a headshot or not.

Depending on what your mood is and how serious of a challenge you’re seeking, you have unlimited bullets at your disposal with every level. I have a feeling that having a limited supply would not only add to the game’s increased difficulty but also to the overall level of immersion.

The game is going through constant updates that gradually make it better so all of this could certainly change, and real soon. So far, we have an unconventional tap-to-shoot action game that, even though it offers simple gameplay with limited content, still feels rich and deep enough to keep the shooting of bad guys an engaging practice.
Download Johnny Trigger for Android and iOS.