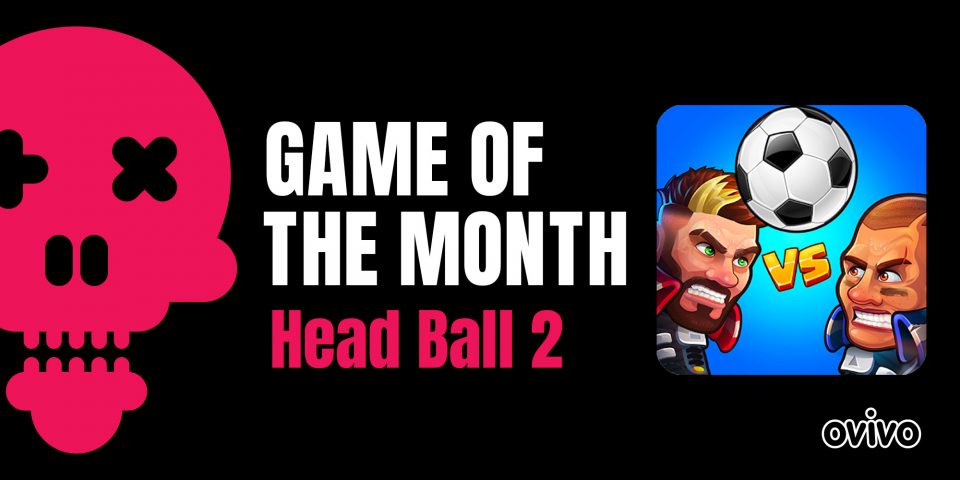 With social distancing measures in full force, I’m willing to bet you are trying to find different ways to be occupied while you wait out the COVID-19 pandemic at home. Video games are a great remedy as they help satisfy basic psychological needs and have enormous appeal and value for almost every conceivable age.

Since we’re dealing exclusively in mobile games (at least for the time being) here at the gaming division of M51, I offer a fairly familiar name this time around: Head Ball 2. In the spirit of the intro monologue, I guarantee you both small children and parents will love this one.

I say familiar because the game has been around since April 2018 and it simply refuses to drop out of the top 100 games on app stores, making it a mainstay on many smartphones. Head Ball 2 is a PvP arcade-style game inspired by soccer that pits two players in a Pong-like action. The aim is to score more goals than your rival (people from all over the world) using mostly your head, which is not that hard since your character is essentially a bobblehead. Hence the name – Head Ball.

First and foremost, you don’t have to be a sports/soccer fan to appreciate this game. The rules are fairly simple and there is virtually no strategizing. At most, you’ll be using special abilities or superpowers such as making an opposing goal or your character bigger, freezing the opponent, turning invisible, and so on besides the usual low/high kicks and headers.

These superpowers provide players with a competitive (dis)advantage and a healthy dose of unexpected challenges. However, they can only be launched in a limited fashion, making success a mix of luck and personal skill.

The in-game economy is based on gaining currency and fans simply by winning. You gain experience points by playing matches, upgrading your superpowers and unlocking various achievements. Each win earns you 3 points, you get 1 point for a draw while losing a match will cost you 2 points. I find that because every match takes about a minute and a half, I just can’t get enough of it.

Tons of customization and possibilities

As customization goes, you can change your character’s shoes, hats, and various accessories, as well as gain extra skills and powers by doing so. What I like most about this game is that there is always an event that you can enter and an endless amount of features to engage with. However, you can enjoy the game with simple normal generic plays if all those features and options are too much for you – they don’t deter from the overall gaming experience.

There is also an energy system used in Head Ball 2 with each character having a finite amount of energy. More characters mean more energy, which means more playing time. One more notable feature is creating and/or joining a team, where you can customize settings such as the match length, goal area, game mode, etc.) and add a new dimension to the game.

A really fun and addictive concept

Head Ball 2 is a fresh, light, and highly engaging take on football and scoring goals. For those who played the original, this is a vastly better game. Plus, there is a social element to it that only makes the game better. The developer, Masomo – a Turkish company with offices in Izmir, Istanbul, and London – has made Head Ball 2 with a young(er) audience in mind.

One of the things I like the most about the game is the fact that you can engage in trash talk, even during the game itself. I don’t know about you but nothing drives me to focus more than an overconfident competitor who is all too happy to score a goal against me. It makes the game all the sweeter.

Head Ball 2 is available for Android and iOS.