Founder control is holding back your startup 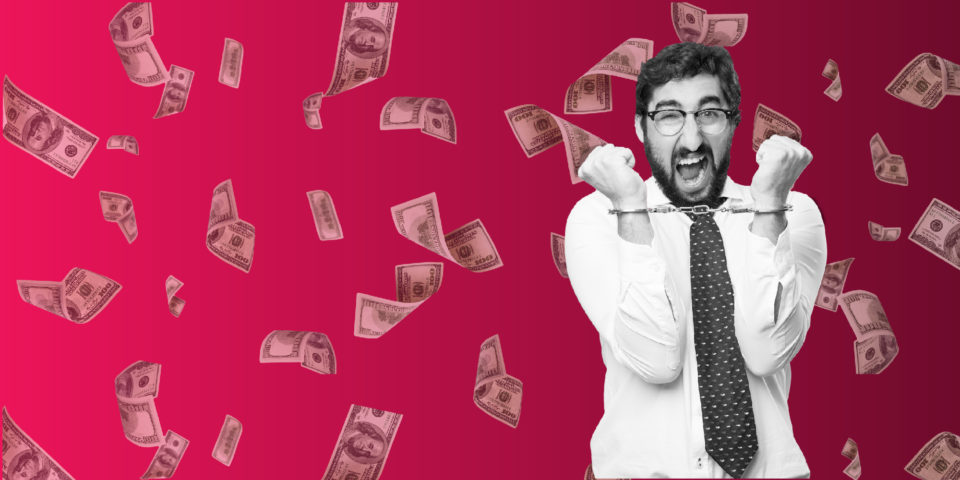 Being in control of a company is a complicated matter.

Having the power to influence people, their behavior, or the outcomes can be entrancing, yet deceptive.

The problem is that many entrepreneurs are overconfident about their abilities, typically the young(er) ones. They are naive in their rationale about the challenges they will face, and consequent solutions.

I’m not ashamed to admit that I was very much like that.

In fact, I was so sure that only I could lead my startup to success that I had trouble letting go.

After all, how could I not? It was my vision, my passion, and my persistence to build a great business. Ergo, I just had to be the one running it.

That is, unfortunately, the tragic part of being an entrepreneur, even though there is a great deal of truth to that view.

In the beginning, everything starts as an idea in the mind of a founder.

You are that one person who has all the insights about what this opportunity means and could eventually become. You partner up with and hire the right people to build around your vision. You create the company culture, which is typically an extension of you and your personality.

But that idea of yours? It slowly starts to metamorphose as you evolve and surrender it to someone else.

You start giving out bits and pieces in order to deliver your own dream.

Some control still remains. How much of it, depends on what your motivations are.

Among other things, being an entrepreneur means facing choices and dilemmas all the time – if you’re creating something bigger than yourself.

Achieving a tolerable balance has a huge effect on the decisions we entrepreneurs make, from the very name of the company to whether we should have a co-founder, raise VC funding, and such.

In its basic form, this is an internal fight for control.

One major problem here is that control is often a limiting factor on how much and if a startup will be successful. Startups in which the founder is still in control, whether as a CEO or controlling the board of directors, tend to be up to 58% less valuable than those in which the founder has given up a degree of control.

In other words: founder control directly correlates to negative value.

The negative relationship between this entrepreneurial control and startup viability largely boils down to one simple reason:

what tradeoff you are willing to make.

On one side, there is a choice to retain control but build a less valuable company. On the other, giving up control means building a more valuable one.

Naturally, not everything is so black and white as these two sides are not mutually exclusive. There are instances where a founder can have their cake and eat it too, although those are rare. Also, some people simply want to be their own bosses.

In most cases, diluting your ownership means prioritizing your company’s success. You end up owning less of the company, and therefore able to exert less control.

That’s how it should be from where I’m sitting.

There’s nothing wrong with staying smaller, calling the shots, and maintaining control. That is one way to go about the entrepreneurial journey, and commendable at that.

But I simply believe that for any possibility to become an actuality, there is a limited amount of time where we can trust ourselves and only ourselves.

No matter how much you want it, you can’t be everything all the time. There will almost always be a divide between what you envision and what you end up with because this is a tough gig. You’ll lose a lot and own less.

But you’ll also be gaining more than you’ve lost. That feeling of creating and growing a new entity that has a life of its own? It’s unbeatable.

So where is the problem?

It may be a redundant point to make but as entrepreneurs, we have to remember that having a good team is critical.

If there is anything close to a guarantee of success, it’s the people around you. They are how you deliver on the promise of success.

Do you know what the beautiful thing about success is? It will definitely produce money in the long run.

However, maximizing your ownership likely won’t, except maybe in the short term. Long-term? No chance that will ever happen because you can’t solve all the problems all the time.

That being said, I don’t think having a high-quality CTO and any non-founding employee is the apple of discord for founders.

Founder caution is warranted because, no matter what some think, there is such a thing as a wrong investor. You are allowed to be picky in choosing who will (usually) become a large part of the decision-making process.

For better or worse, they will blend into your brand and culture so they need to believe in the same or at least similar vision as you do.

Every investment round provides growth fuel to increase valuation, in return for diminishing control. As you give up equity and board seats in order to attract investors, your percentage of board seats incrementally decreases, up to the point where you are a minority among the board members.

It doesn’t help that investors typically get veto power over some big decisions, e.g. selling the company, regardless of how many board seats they have.

That’s not an easy pill to swallow but at the same time, it’s a necessary one.

To get to the absolute best possible team performance, there needs to be a shared entrepreneurial passion and strategic vision. With each investor, you’re essentially “buying” access to various skills, contacts, and money you lack.

Sure, there is no shortage of legal strategies to maintain control of the company and its board.

But that is beside the point here.

The point is that great founders get out of their own way to be successful.

Plus, there are plenty of cases where both sides get what they want: financial returns along with the benefits of control. The board still has to act in the interest of the shareholders, including you.

At least based on my experience, I know that if you put your ego aside and deliver, you get to have 100% of the success.

The narrative will always be there, it’s how you tell it that matters.

Building a successful startup is a long and bumpy road

I firmly believe that how you tackle your first leadership transition makes or breaks the company. So, founders should always be prepared for the possibility of handing over the reins of their company to someone else.

In most cases I’ve witnessed, the transitions were fairly smooth because founders were honest about what their dream was. I guess why you found a startup matters deeply because, in the end, you’ll end up choosing between money and power.

That is a choice that defines what success really means to you, and only you can decide that.