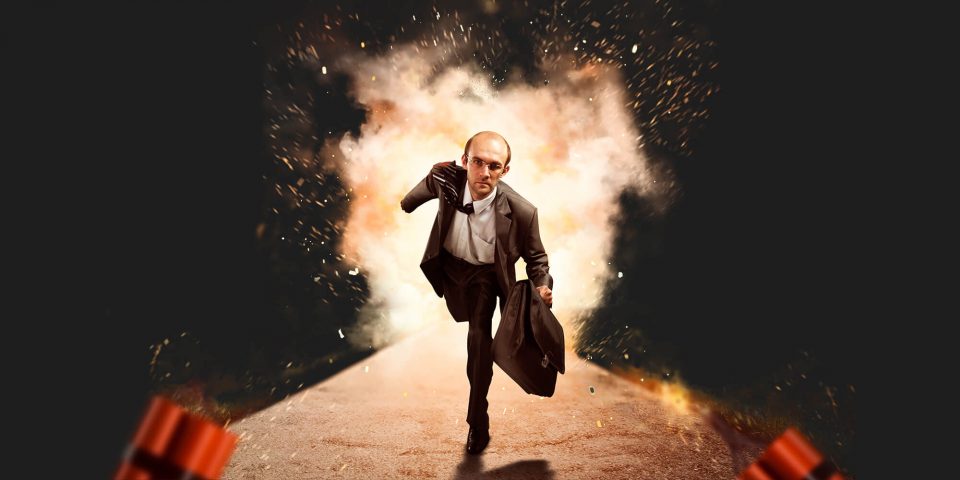 One of the emotions we regularly experience, pondering on our past decisions and believing that a different, better outcome may have occurred if we didn’t act as we did and made a different choice.

As an entrepreneur, you don’t have the luxury to question why you made every poor decision you made, whether it’s not trying hard enough, choosing not to pursue an opportunity, not hiring a certain somebody, and so on. More often than not, such dwelling on past actions leads to making excuses, and you can’t afford to have those in this line of work.

Do as much as possible in the smallest amount of time to get to the next opportunity. Hence, you should fail fast and fail hard.

First of all, the idea is not to fail for the sake of it (failures happen, it’s in our nature) but to learn how to handle those failures and mistakes. Failures are a common part of the entrepreneurial journey but if you embrace them the right way, they can open the doors to an entirely new perspective.

By failing fast and hard, you make a conscious effort to try everything because if you don’t, you will start to procrastinate business-wise and never get a real, meaningful answer to why you do what you do. It’s like being in a bad, even mediocre relationship. Some days will be good, some will be bad but you don’t really have an answer if you should take the next step.

There is a certain element of irony about failure: it can happen at every stage of your career. Most people focus on failing at their beginnings so that the path to success becomes clearer early on. Still, the entrepreneurial path lasts a lifetime and it is never, ever late to learn a lesson or two we otherwise would have missed if we didn’t try. We only grow and improve by learning and casting our hubris aside.

It’s important to realize there is value in a byproduct of something inherently bad and negative, something we dread as human beings, not just as savvy business people. You may never know what the lesson is going to be but if you realize there is something to be learned and absorbed for future practice, then you add meaning to that failure. At the end of the day, not only it feels less bad but it actually helps you succeed later on.

The same principle applies to running an online business (something I’ve written about before). Failing fast allows you to reach the desired result quicker than taking your sweet time to perfect the solution you’re selling, which is why (I feel) it perfectly suits an online business in this digital age. Simply launch whatever minimally viable product or service you’re building without getting to the endgame, and people will provide feedback early on.

Why? Because they are actually part of the business project, more precisely – the testing and development phase. These days, people have enough patience to see it through from version 1.0 to 2.0 and beyond. The best part is that even bad feedback will help you get better. A little bit of traction will show you if people like or dislike what you’re doing.

Trust me on this – you want to put forth your skills, knowledge, and expertise and fail as hard as possible and as fast as possible so you wind up with a definitive outcome and avoid regret. The hardest part about success is stepping out of our comfort zone. We say we want to succeed, we aspire to it, define goals, form plans but… We stay within our defined parameters because we don’t want to fail. Don’t hold back – you’ll wind up with a sense of unfulfillment and you’ll constantly try to fill that void but ironically, fail.

You can’t get very far without failing

I know way too many people who find the notion of entrepreneurship exciting and intriguing but are afraid to get out of their box. It’s easy to be comfortable and have a cushion so that even if you dare to try and fail, it’s alright. You’re back to where you began – nothing ventured, nothing gained.

But entrepreneurship doesn’t work like that. Success stories aren’t made out of fear of failure and the unknown but out of opportunities to grow and learn and move forward. Anything you have to do so you can look yourself in the mirror and honestly admit “Ok, I’ve tried everything – it doesn’t work”, do it. Regret is a nasty thing that can be all-consuming and highly destructive if you allow it.

A lot of people lose a lot of money and time: they get invested slowly, work a second job (or prioritize the 9 to 5 one), and suddenly the six-months period turns into three years. Little by little, they lose the same amount of money but actually, they lose a lot more in terms of time and end up with unmet expectations. Time is too slow for those who wait but it inevitably passes. Later, those same people ask me how I manage to do so much. It’s because I don’t hold back.

My M51 partner in crime said it beautifully: as an entrepreneur, you don’t have the privilege of fear. You can’t let other people’s definitions of success or failure pigeonhole you. We thrive on challenges and problem-solving, the freedom to do things our way. It’s the best part of being an entrepreneur but it also means failures will happen. If you fear something, why should you do it in the first place?

The moral of the story is that life is too short to contemplate ‘what if’. Regret can weigh heavily on a person, and it’ll be too late to do anything. Cherish the opportunities you gain as an entrepreneur and always remember: success isn’t attainable without failure. It’s scary and not fun at all but those are the two sides of the same coin – one we get to flip every once in a while.

By the way, if you want to learn more about this subject, I highly recommend ‘Fail Fast, Fail Often: How Losing Can Help You Win’ by Ryan Babineaux and John Krumboltz. It’s full of inspirational stories and practical advice on why you shouldn’t be afraid of failing and how to make things happen. Taking a little bit of risk here and there, and absorbing as much as possible from the inevitable failures along the way leads to a more rewarding life, not just a career.