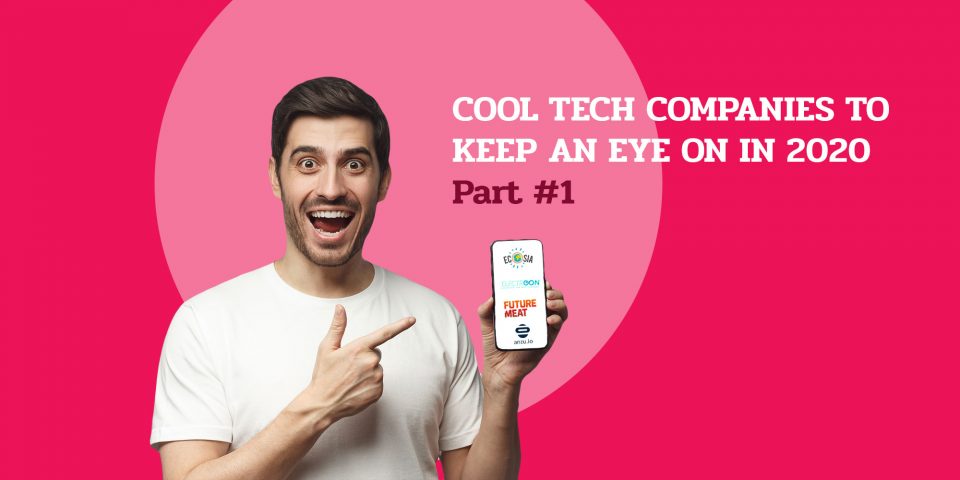 After some 2019 years or so (at least for us that are keeping track), 2020 is underway. We’ve had a fun idea: preview what the year holds for the tech industry by surveying hard-working (or hardly working?) M51 people and get their take on some of the most interesting companies on their radar.

In that spirit, here are some companies that are poised to have a very good 2020 and beyond. Because there’s so much interesting stuff going on right now, we’ll split this into two parts with part deux coming soon.

My pick is Future Meat, a foodtech company that wants to provide a platform for animal-free meat production. To be more precise, this is a biotechnology company working on lab-grown meat made from cultivated animal cells. However, it’s not aiming to sell its products directly to consumers, rather supply hardware to every interested party looking to become a manufacturer of lab-grown meat. Also, 2020 will be the year the company builds the world’s first production facility to grow cultured meat.

The groundbreaking process starts with GMO-free animal cells that turn into either fat cells or muscle cells and can be scaled indefinitely without any involvement of animal-derived components. This not only increases food safety but also minimizes environmental impact worldwide.

It’s because of those humanitarian and ecological reasons that I find Future Meat so appealing. Food and agriculture are the world’s biggest industry with more than 7 billion daily users (more or less), and with rising challenges in production and demand, the company is en route to provide an alternative and sustainable way of feeding a growing world population.

If it succeeds, its products will “take up 99% less land, 96% less freshwater and emit 80% less greenhouse gases than traditional meat production” while providing the same nutritional value. That’s a cause I’ll stand for any day of the week.

The company I chose is Ecosia.

There is a very interesting premise here: a search engine that uses its profits to plant trees. Each user has a personal counter that represents the number of searches performed with Ecosia, and it takes roughly 45 searches to plant a tree. The company doesn’t plant the trees itself but funds different organizations that do. According to its data, more than 82 million (and counting) trees were planted by Ecosia users.

I feel like this new approach of setting a charitable cause that your user base can relate to is a game-changer, one that certainly proved to be true in the case of Ecosia. By being transparent and pledging to donate half of their profits to help plant trees, the company has managed to grab a nice share of the search engine market (which is not an easy market to compete in, especially with a giant such as Google). Just recently, its users funded more than 26,000 trees for fire-ravaged parts of Australia through web searches in one day!

Plus, its servers run on 100% renewable energy so it’s not just a show-and-tell approach. Moving to a more transparent business model while promoting an important cause (such as planting trees or donating to charities) is an interesting and refreshing take of creating products for users. In Ecosia’s case, it looks like a win-win situation.

If you like the idea, I highly encourage you to add the Chrome extension or the Firefox add-on and give it a go.

I am going with two companies – because why not?

The first one is Anzu.io and it does this amazing thing: provide real-time in-game advertising.

Now, advertising on its own is far from a sexy topic but what Anzu does is seamlessly integrate real-time ads directly into the gameplay of a game (multiple platforms are supported) without affecting the user experience whatsoever. While there are some existing instances of in-game advertising, I feel there isn’t anything out there as smart and intuitive as what Anzu is doing.

The company calls its service “blended in-game advertising” as it is totally non-invasive and becomes a part of the virtual gaming environment thanks to the access to the game’s engine textures, physics, and geometry. Coupled with hyper-targeting capabilities, gamers end up with a highly personal advertising experience, which I find adds more realism.

Ads can be displayed in the standard IAB-approved video and banner formats, with the option for customization as the platform supports interactivity features. In a nutshell, this is scalable advertising for advertisers and game developers that opens many possibilities, the first one being the ability to leverage the existing user data and monetize in a different way. Considering that games and the virtual spaces they create are largely untapped advertising-wise, it’s clear Anzu.io is a genuine innovator in the in-game ad space and worth every attention it gets – especially if you’re in the gaming business like M51 is.

The other company I’m closely watching is Electreon, which is basically creating smart roads – an entirely new level of impressive.

What do I mean by smart roads? Well, the company calls its product wireless ERS (electric roads) that combines dynamic, semi-dynamic, and static charging to wirelessly charge electric vehicles as they are driven. Copper coils are placed under the road at the center of the traffic lane and a receiver installed under the vehicle’s chassis picks up the power transfer. Amazing, right?

I fully believe in what Electreon is doing and its potential to radically change the electric car ecosystem in the next five to ten years, so much so that I’d totally invest money in its stock. Smart road technology and the electrification of roads is the tech-based breakthrough the EV industry badly needs. Right now, there are too many challenges that prevent any meaningful adoption of electric vehicles, including too few charging stations available and long recharging.

So far, it’s baby steps but Electreon has all the right ingredients to push electrification into mass implementation and even further pave the way to driverless travel. And it’s eco-friendly (obviously a recurring theme of this post, op.ed.) so what more could you want?