Build your fairness model, communicate it and stick with it 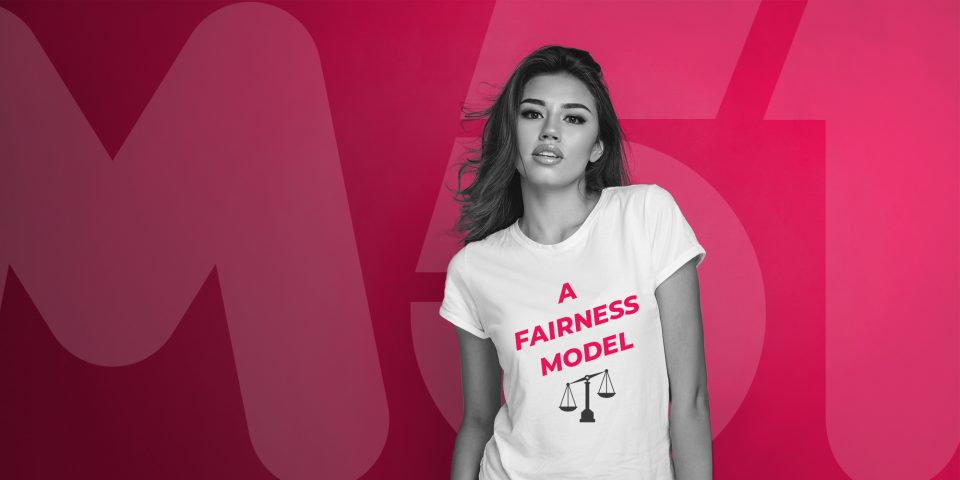 Being an entrepreneur is stressful but ultimately rewarding. I say ultimately because there are instances that can drive you mad. These are scenarios where you are trying to do business with multiple companies and multiple partners. Arguably, as someone who is in that very position, I feel like I have a pretty good vantage point and experience.

As anyone looking to make a parent company with multiple companies under them can imagine, such a scenario carries a lot of challenges on its own. The stress kicks in when there are a lot of companies, each one more energetic and enthusiastic than the previous one. Like kids when they reach that golden age when they want to understand million different things, each company behaves in the same regard, only with one particular thing they want to know:

what they make from what.

To save yourself the hassle of endless explanations and politics, you need to have a fairness model.

Making decisions to serve the needs of the business

If you’ve heard about the fairness model before, then you already know it largely relates to a mix of economics and psychological aspects with a variety of applications. In the entrepreneurial terms, a fairness model is basically a structure that you build within the company where everybody understands the relationship you have between multiple sides, and what they get out of those relationships.

Why am I emphasizing this?
Fairness is not about being nice – it’s about being authentic. With a clear fairness model in place, you don’t have to preoccupy yourself with the psychology side of the business all the time (nobody misses the internal drama) and explain your decisions, or even why you make them. That’s not where your focus should be.

Here’s an example. You have two companies: one that produces milk and the other one that sells it. Let’s say the latter becomes a bigger company and wants to do its own milk production.

Now, there’s a bit of a problem on your hands. I dairy you to solve it (a horrible pun but I just had to). You don’t want to stop a company from having exponential growth but at the same time, you don’t want to cannibalize the other company you have. So, you have to come up with an incentive model where everything is fair enough, where a margin one company would make by doing business “outside” would be so small that it’s irrelevant in the end.

I am not going into specific numbers because this is an ethical question. There’s no binary answer you can use as a template for fair. As the head honcho, your goal is to make decisions that will benefit the needs of your company, not make everyone happy.

However, I can give some advice that just might be valuable down the road.

It’s about decision-making, not the outcome

If you can live with it, be whatever person you want to be but do let others know. Hell, it’s okay if you want to be an asshole but make sure you communicate that.

For me, the difference between fair and unfair was always communicating where you come from and people STILL signing on to do business with you. Your fairness model can be anything you want but as long as you communicate and stick with it, anybody who signs up gets a fair deal. That’s the thing with doing business: there’s no such thing as an unfair deal if everything is transparent.

My trick, if you can call it that, is to take everyone involved and talk about the model itself, not a certain deal or a specific thing. If there is such an issue, I always talk about it on a higher level, like it’s going to breed 100 more deals. If you start being subjective about it, everyone involved in the deal, whether it’s the person who made the deal or made the introduction or made the freakin’ presentation, they try to get a bigger piece of the pie and get more money.

People start feeling they deserve more for their effort and from there on, it can quickly snowball into a serious problem. Perspectives narrow down and bigger stakes are claimed despite everything being a team effort, as it should be. When you place the perspective on a macro level, you can come to a decision where you base your fairness model on firm grounds, and then you stick to it. This way, the arguments can’t be subjective anymore because there’s a certain structure to go through, however lax it may be.

It’s important to stick with what you’ve got

You can’t change your fairness model, though – it’s essential to stick with it and don’t budge. When there’s more than one company in the conversation, changing the model means it changes for the rest of the companies as well. As a result, everybody moves closer toward their incentives rather than your initial definition of ‘fair’.

People signed on because they knew your fairness model and how things work. Just like married people, at some point, they said yes – it’s their problem now. Sometimes as an entrepreneur, you’ll even be doing deals against your own interest. That’s perfectly fine as long as you stay within your own fairness model for one super important reason: you gain trust. At the end of the day, that’s what matters. In some cases, it will even help you recover the confidence and respect of your peers, plus you’ll have more time to focus on work instead of being thrown into internal politics.

I’m saying be clear. As with most things in the entrepreneurial life, it pays off, sometimes literally.