Books every entrepreneur should read 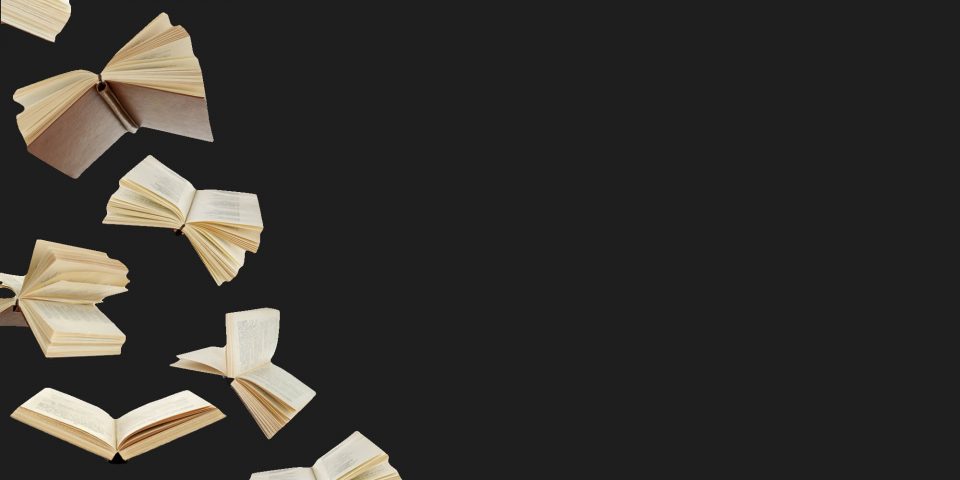 Whether you are thinking about starting a business, or already have a business, if you’re trying to constantly grow (which I think is a must for any entrepreneur, there is tremendous value in learning from those who have gone down that road before you.

Books are arguably the most straightforward and fastest way an entrepreneur can raise their game to the next level. There are thousands of great books out there that can have a positive impact on you and help you maximize your potential.

Here is a list of books that greatly influenced me and shaped me as the entrepreneur I am today. These stand out for their relevant lessons and everlasting applicability at all stages of the entrepreneurial journey, even if the release dates of some of them might be older than you. Some insights are timeless.

In no particular order:

Losing My Virginity: How I’ve Survived, Had Fun, and Made a Fortune Doing Business My Way by Richard Branson

This is Branson’s autobiography and (the first in the line of his other biographical books) in which he goes in detail on how he managed to build a multi-billion dollar business empire without losing sight of why he went into business-building in the first place.

It’s a rare glimpse into the mind and philosophy of one of the greatest entrepreneurs that have ever walked the face of the Earth, and stuff of several movies of various genres – because he was that outrageous (the man staged a rescue flight into Baghdad during the Gulf War, for crying out loud).

When he talks about his success, he’s not talking about the money as many do. It’s about one key thing for him: fun.

This book opened my eyes to just how regular of a dude he is and how I, another regular dude, can have fun while being successful. It’s not the same level of fun, sure – I certainly can’t go around the world in a hot air balloon – but it’s so inspiring as I don’t think of him as a genius in the traditional sense.

He has no specific specialty business-wise. He is, however, a bonafide example of exceptional passion and resilience when building a brand while living life to the fullest. Branson is my idol precisely because he places equal importance on fun, family, and friends, and that’s the type of an entrepreneur I’ve tried to be for 20-something years. Talk about influence.

Superbosses: How Exceptional Leaders Master the Flow of Talent by Sydney Finkelstein

‘Superbosses’ is an amazing book on business and employee management that keeps in mind the importance of the culture of innovation, smart risk-taking, and driving change.

Its abundance of great examples, useful ideas, and food for thought – all based on deep research and analysis – makes it a must-read for any entrepreneur hoping to be a great leader one day.

Thanks to this book, I’ve changed how I seek out and hire talent into a different, unusual way by focusing on creativity and flexibility, rather than the traditional CV-based approach.

I’ve also tried a few other ideas Finkelstein suggests over time and learned that there’s no need to try every move at once. There’s value in easing into the change and experimenting when creating a more dynamic and sustainable business.

There’s something about ‘Superbosses’ in how it presents itself. It makes you feel like you can be a great manager and leader, regardless of your circumstances. I feel these lessons, such as how to be an extremely effective delegator while still remaining intimately involved in the details, could easily be applied across the entire business spectrum. That’s a sign of a great book, right there.

Tools of Titans: The Tactics, Routines, and Habits of Billionaires, Icons, and World-Class Performers by Tim Ferriss

Out of all the books on this list, this one is perhaps the most approachable as it revolves around  people most of us are familiar with, even passingly. Ferris took interviews from his podcast (another recommendation if you’re keen on audio content) and distilled them into “tactics, routines, and habits” you can use as proverbial tools.

He goes deep into what makes a top performer by pushing forward and achieving greatness despite numerous setbacks.

ToT is one of the reasons why I believe time is worthless without energy and do everything I do with that notion at the center.

Curiosity about other people’s habits can be contagious, and it was for me. I began to apply the lesson of doing less and spending less time in order to be completely focused and energetic when you do. It’s how you maximize the value of time spent – absorbing as much as possible from what you are tasked or focused on. Otherwise, you’re not actually doing it.

Ferris smartly places focus on actionable insights you can easily apply. There’s so much practical advice and inspiration in there that it’s hard not to be motivated to at least try something and be your best.

Freakonomics: A Rogue Economist Explores the Hidden Side of Everything by Steven D. Levitt and Stephen Dubner

For many, economics often makes little sense but there are seemingly uncorrelated events happening that may bring unexpected results – exactly what Levitt and Dubner found out.

It’s a fascinating blend of economic theory and various subjects not necessarily tied to the business environment that shows how economic correlations may also be causations.

Plus, it’s a really fun read due to its intriguing inspections of a variety of subjects, from how real estate agents work to KKK operations and beyond.

It opened my eyes to a concept that business doesn’t always work because of what you do – it works despite what you do. It redefined the way I view the world and implanted in me the sense to look for a different perspective because it can reveal a different and often hidden cause.

‘Freakonomics’ is a great example of what can be uncovered when you step back, approach the problem on a macro level, and think things through a little bit. Thanks to it, I’ve learned that the obvious correlation isn’t necessarily the right one – a weapon every entrepreneur should have in their arsenal, especially when it comes to figuring out how to ignite innovative thinking.

Fail Fast, Fail Often: How Losing Can Help You Win by Ryan Babineaux and John Krumboltz

Some people stay away from entrepreneurship out of fear of failure, ultimately never achieving their full potential. Babineaux and Krumboltz explain, in great detail, why no one should be afraid of failure, how failing is an inseparable part of success, and why every successful entrepreneur failed more times than they succeeded.

If anything, this book is about failing to take action and what you actually lose by doing so.

It didn’t just explain to me why I should fail – it explained how.

The goal is to do as much as possible in the smallest amount of time to get to the next opportunity. As a result, I’ve fully embraced the ‘fail fast’ concept, especially if the business in question is of an online variety. Success isn’t attainable without failure, and ‘Fail fast, fail often’ showed me the danger of overthinking and overanalyzing.

We entrepreneurs don’t have the luxury to question every poor decision we made, whatever it may be. More often than not, it leads to making excuses, something we absolutely can’t afford to have in this line of work. Life is too short to contemplate ‘what if’.

That’s it for now. I’ll be writing the follow-up soon (because there are so many great books and lessons to learn out there) so be sure to check back!